Alexander Hayes is an Associate Professor of Astronomy and Director of the Spacecraft Planetary Image Facility. Prof. Hayes and his group specialize in the geological and physical processes that shape planetary surface and atmospheres, including the identification and characterization of potentially habitable environments across the solar system. Alex’s flight project experience includes Cassini, MER, MSL, Mars2020, and Europa Clipper. He has also worked on instrument design and characterization for several Missile Defense Agency Programs. Dr. Hayes is the recipient of the Zeldovich Medal from COSPAR and the Russian Academy of Sciences, the Ronald Greely Early Career Award from AGU, the Sigma Xi Young Scholar Procter Prize, and a NASA Early Career Fellowship. Dr. Hayes recently served as a member of the Science Definition Teams for the Europa Lander and Ice Giants mission concept studies. He earned a M.Eng in Applied Physics from Cornell University and a Ph.D. in Planetary Science from the California Institute of Technology.

Hayes uses spacecraft-based remote sensing to study the properties of planetary surfaces, their interactions with the interior, and if present, atmosphere.Recently, he has focused on studying the coupling of surface, subsurface, and atmospheric processes on Titan, Mars, and Comet 67/P Churyumov Gerasimenko.  Titan is the only planetary body,besides Earth, that supports standing bodies of liquid on its surface. Hayes uses the Cassini RADAR to study and model surface morphologies on icy satellites, including the distribution and evolution of Titan's hydrocarbon lakes and seas. Using data from the Mars Exploration Rovers and Mars Reconnaissance Orbiter, he is also interested studying the depositional and diagenetic history of early Mars. The geometry, scale, and distribution of sedimentary structures on Mars is strikingly similar to deposits found on Earth, allowing the methods and principles of terrestrial-based sedimentologyto be utilized on Martian Analogs. 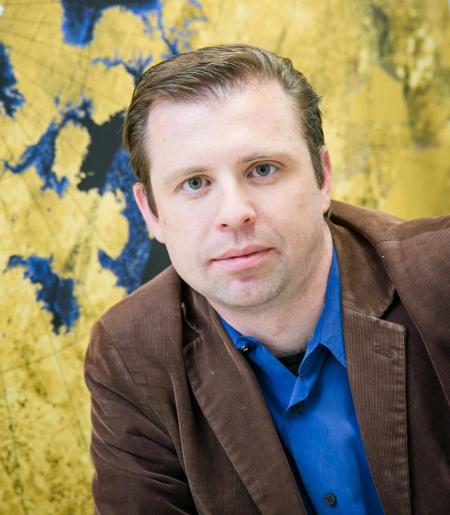