Trained as a Latin Americanist, my research and teaching interests revolve around the intersections of space, politics, and everyday practice. My works include:

Cartographic Mexico: A History of State Fixations and Fugitive Landscapes (Duke U. Press, 2004; Spanish translation, 2013) which examines the cartographic routines—exploring, mapping, and surveying—through which Mexican national sovereignty and a series of property regimes (from communal landholding, through to privatization and enclosure, to the creation of the post-revolutionary ejido, as well as riparian and water rights) were forged.  I expanded on my interest in putting social history and the history of cartography together in a number of subsequent essays, most recently in a long piece on cartography and decolonization which appeared in Decolonizing the Map: Cartography from Colony to Nation (U. of Chicago Press, 2017), edited by James Akerman.

The Cry of the Renegade: Politics and Poetry in Interwar Chile (Oxford Univ. Press, 2016; Spanish translation Santiago Subversivo 1920: Anarquistas, universitarios y la muerte de José Domingo Gómez Rojas, Ediciones LOM, 2017), sought to fuse more directly—in micro-historical fashion—relationships between space and politics, in this instance in the context of post-World War I Santiago, Chile, a city then undergoing dramatic spatial and social transformation. I pay close attention to university students and the radicalization and “disidentification” they experienced over the course of the 1910s as well as the close relationships they forged with working people and, particularly, anarchists. I was particularly interested in anarchist organizers who spent most, if not all, of their lives in Santiago. They were not peripatetic radicals but sedentary ones and this in part, I argue, explains why they faced such severe persecution.

A preliminary talk related to this work was given at Chile’s Museo de la Memoria y los Derechos Humanos in 2014 and subsequently published as a small book, Martirio, memoria, historia: Sobre los subversivos y la expulsión de Casimiro Barrios, 1920 as part of their Signos series and with an introduction by Ricardo Brodsky.  An overview of The Cry of the Renegade is available here:  https://www.youtube.com/watch?v=kf2umkX9igo .

My latest book is Adventure Capitalism: A History of Libertarian Exit, from the Era of Decolonization to the Digital Age (PM Press/Spectre, 2022).  Imagine a capitalist paradise. An island utopia governed solely by the rules of the market and inspired by the fictions of Ayn Rand and Robinson Crusoe. Your own private archipelago. Sound far-fetched? It may not be. The past half-century is littered with the remains of such experiments in “libertarian exit.” Often dismissed as little more than the dreams of crazy, rich Caucasians or—in the words of libertarian godfather Murray Rothbard—“cockamamie stunts,” exit strategies were tried out from the southwest Pacific to the Caribbean, from the North Sea to the high seas, and often with dire consequences for local inhabitants.  Based on research in archives in the US, the UK, and Vanuatu, as well as in FBI files acquired through the Freedom of Information Act, I explore in careful detail the ideology and practice of libertarian exit and its place in the histories of contemporary capitalism, decolonization, empire, and oceans and islands. Adventure Capitalism writes the story of exit as a global history, one that intersects with an array of figures: Fidel Castro and the Koch brothers, American segregationists and Melanesian socialists, Honolulu-based real estate speculators and British Special Branch spies, soldiers of fortune and English lords, Orange County engineers and Tongan navigators, CIA operatives and CBS news executives, and a new breed of techno-utopians and an old guard of Honduran coup leaders. It is, in other words, is a history of our time. Given the new iterations of privatized exit now being pursued—seasteads, free private cities, and space colonization—it may also be a history of our future.

Excerpts from the book's introduction and early chapters:  "The Brief Life and Watery Death of a '70's Libertarian Micronation," Slate (May 21, 2022). Interviews on the book: Terra Nullius  (Feb. 2022) with Atossa Araxia Abrahamian; The Hated and the Dead podcast (March 2022) with Tom Leeman; and Faculti podcast (April 2022). For more on seasteads and charter cities, see "Egotopia," (Counterpunch August 2018); "Elite White Flight to Outer Space--and Honduras" (PM Press blog); "Crypto Bros are Trying to Buy an Island in the Pacific" (Jacobin, April 2022); and "Starting From Scratch" podcast (2ser.com, hosted by Ninah Kopel, University of Technology Sydney).

Adventure Capitalism: A History of Libertarian Exit, from the Era of Decolonization to the Digital Age (PM Press/Spectre, 2022). 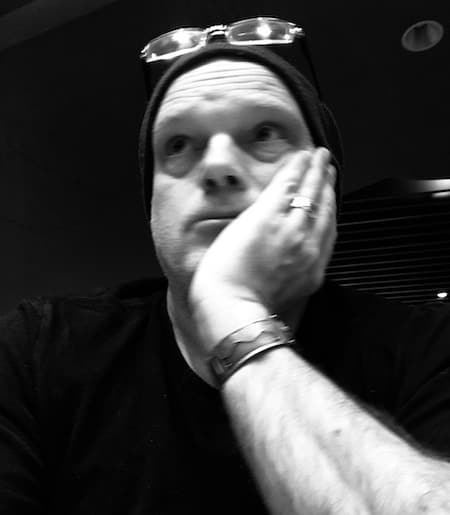