My general focus is on nature and culture: I wander through parks, cemeteries, and wilderness areas (often with my kids), stare at landscape paintings and photographs, and re-read Thoreau, all in an effort to figure out how ideas about nature have changed over time and how those changes have mattered in the western world. Currently I'm exploring the cultural and experiential dimensions of modernity, through a study of Herman Melville and the 20th-century urban theorist Lewis Mumford, who participated actively in the rediscovery of Melville in the 1920s. Both of these writers explored the trauma of radically transformed environments and environmental relationships, trying to cope with the hum of machinery, the reek of coal smoke, and the taste of mass-produced food, and experimenting with alternative ways of moving through the world. I’m also at work on two shorter book projects: Decline Comedy: A Light-Hearted Tour through the Purgatory of Global Climate Change, and Environmental Justice: History of an Idea.

My primary appointment is in the History department, but my Ph.D. is in American Studies, and I remain fully committed to interdisciplinary approaches. In my graduate teaching, I work with students not only in History but also in English, Science and Technology Studies, History of Architecture, City and Regional Planning, Anthropology, and Natural Resources. On the undergraduate level, I teach courses ranging from an overview of environmental history to seminars on consumerism, the American West, the meanings of wilderness, and the road trip in American culture. Often I come back to intellectual traditions of dissent.

Another strong interest is in creative writing, and I happily serve as the faculty sponsor of a radical underground organization called Historians Are Writers, which brings together Cornell graduate students who believe that academic writing can be moving on a deeply human level. I also seek to support innovative history writing through a book series at Yale University Press, called New Directions in Narrative History (John Demos and I are the co-editors).

At Cornell, I'm also the founder and coordinator of the Cornell Roundtable on Environmental Studies Topics (CREST), which seeks to bring together faculty and graduate students across all the environmental disciplines on campus. And I'm delighted to be a faculty fellow at Cornell's Atkinson Center for a Sustainable Future, and a faculty fellow (and frequent diner) at Flora Rose House.

Arcadian America: The Death and Life of an Environmental Tradition (Yale U. Press, January 2013, in the series New Directions in Narrative History).  Nominated for the Pulitzer Prize in General Nonfiction.

The Humboldt Current: Nineteenth-Century Exploration and the Roots of American Environmentalism (Viking, August 2006).

“Academic Nonfiction vs. Literary Nonfiction: What’s the Difference?” forthcoming in 2016, The American Scholar.

“Urban Refuge: How America’s Cemeteries Became Places of Repose for Both People and Animals,” Orion (November/December 2015).

“Wallace Stegner’s Where the Bluebird Sings to the Lemonade Springs: A Calming Influence,” invited article for the series “Reading Lessons” on the American Scholar website (July 2015), available at https://theamericanscholar.org/wallace-stegners-where-the-bluebird-sings-to-the-lemonade-springs/#.VcyCqbc1dPR

“The Bookroom,” invited article for the series “Writing Lessons” on the American Scholar website (Feb. 2015), available at https://theamericanscholar.org/the-bookroom/#.VQi22mazBFU

“Stumps in the Wilderness,” in Brian Allen Drake, ed., The Blue, the Gray, and the Green: Toward an Environmental History of the Civil War (Athens, GA: University of Georgia Press, 2015).

“Looking Backward (Not Forward) to Environmental Justice,” in Michael Renner and Thomas Prugh, eds., State of the World 2014 (Washington, D.C.: Worldwatch Institute and Island Press,   May 2014).

“Back to the Neotechnic Future: An Online Interview with the Ghost of Lewis Mumford,” The Appendix (July 2014).

“Civil Rights in the Field: Carey McWilliams as a Public-Interest Historian and Social Ecologist,” Pacific Historical Review 73 (May 2004), 215-48.

“The Ultimate ‘Other’: Post-Colonialism and Alexander von Humboldt’s Ecological Relationship with Nature,” History and Theory, Theme Issue on the Environment, Vol. 42 (Dec. 2003), 111-35. 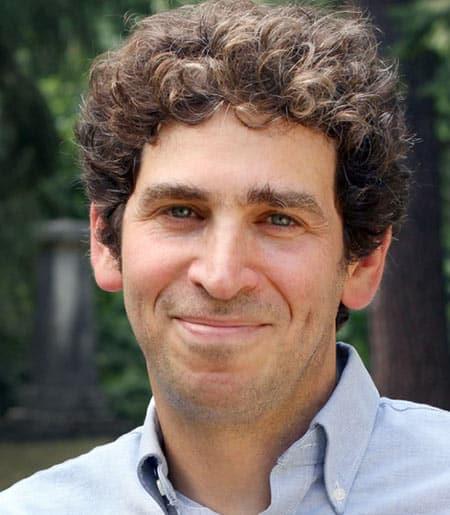