Riché Richardson, who was born and raised in Montgomery, Alabama, is a professor of African American literature in the Africana Studies and Research Center at Cornell University, whose faculty she joined in 2008.  Her other areas of interest include American literature, American studies, black feminism, gender studies, Southern studies, cultural studies and critical theory.  She was the 2019-20 Olive B. O’Connor Visiting Distinguished Chair in English at Colgate University.  She graduated from Spelman College with a major in English and minors in philosophy and women’s studies in 1993.  She received her doctorate in American Literature from the English Department at Duke University in 1998, along with a Certificate in African and African American Studies.  She taught at the University of California, Davis from 1998-2008.  In 2001, she received a Ford Foundation Postdoctoral Fellowship and spent the 2001-02 year in residence at the Johns Hopkins University.  She is a 2002 recipient of a Davis Humanities Institute Fellowship.  She served as the UC Davis campus representative for the President’s Postdoctoral Fellowship Program (PPFP) from 2006-08 and received an award from the university for Diversity and the Principles of Community in 2008.  She is the 2016 recipient of the “Educator of the Year Award” from St. Jude Alumni & Friends.  She is a 2017 Public Voices Thought Leadership Fellow with the Op-Ed Project whose pieces have appeared in the New York Times, Public Books and Huff Post.  Her interviews have been highlighted in news media such as NBC’s The Today Show and Nightly News, CNN, Al Jazeera’s Newshour, On Point Talk, Let’s Go There, the AP, NPR, the New York Times, Time, the BBC, the Washington Post, the Boston Globe, Forbes, Business Insider, Elle and French Elle, Good Housekeeping, Essence, the Oprah Magazine, the Montgomery Advertiser and WSFA TV News.  She served as the educator and collaborated with TED–Ed on the short animation “The Hidden Life of Rosa Parks”(2020).

She has produced nearly 40 essays published in journals such as American Literature, Mississippi Quarterly, Forum for Modern Language Studies, Black Renaissance/Renaissance Noire, TransAtlantica, the Southern Quarterly, Black Camera, NKA, Phillis, Technoculture, and Labrys, along with edited collections. Her first books focus primarily on examining twentieth and twenty-first century texts in literature and culture and incorporate archival research materials.  Her first book, Black Masculinity and the U.S. South:  From Uncle Tom to Gangsta (Athens: University of Georgia Press, 2007), was selected by Choice Books among the "Outstanding Academic Titles of 2008," and by Eastern Book Company among the "Outstanding Academic Titles, Humanities, 2008."  Her new book, Emancipation's Daughters:  Reimagining Black Femininity and the National Body, was published by Duke University Press in 2021.  She authored a new foreword for the 2018 edition of William Bradford Huie’s He Slew the Dreamer:  My Search for the Truth about James Earl Ray and the Murder of Martin Luther King published by the University Press of Mississippi. She is now working on a new monograph and a critical memoir.  She edits the New Southern Studies Series at the University of Georgia Press, a book series that has published 24 titles, and for which she served as co-editor from 2005-2018.

Richardson is also a visual artist.  Her mixed-media appliqué art quilts were on public exhibition in solo shows at the Rosa Parks Museum in Montgomery in 2008 and 2015, and have been included in several national exhibitions, including “Quilts for Obama” curated by Roland Freeman at the Historical Society of Washington, D.C., in 2009.  They are the subject of a chapter in Patricia A. Turner’s Crafted Lives:  Stories and Studies of African American Quilters (2009), the short film A Portrait of the Artist (2008) by Anne Crémieux and Géraldine Chouard, and are featured in Lauren Cross’s film The Skin Quilt Project (2010).  Images of her art quilts have been published in catalogs and books and have illustrated articles in journals such as TransAtlantica and Transition.  In January of 2009, Richardson was invited to Paris as a “Cultural Envoy” by the U.S. Embassy in France through a grant from the U.S. Department of State in tandem with the national exhibition “Un Patchwork de Cultures,” and honored with a talk, reception, exhibition and film screening at the U.S. Ambassador’s Residence in the city.

“I continue to expand my research project grounded in questions related to the status of the U.S. South in shaping formations related to gender, race and sexuality in the U.S, and in shaping categories such as the American and the African American.  Since the publication of my first book, I have continued to develop my research on masculinity in some of my essays, while also examining such questions in relation to black femininity.  My second book manuscript examines ways in which black women have expanded the prevailing white- and male-centered national narratives in the U.S., notwithstanding black exclusion from notions of citizenship and democracy.  Though their national iconicity has been shadowed by stereotypes such as the ubiquitous example of Aunt Jemima, black women have challenged such images and helped to expand exclusionary definitions of the national body through their iconic political leadership models.  This book examines figures such as Mary McLeod Bethune, Rosa Parks, Condoleezza Rice, and Michelle Obama across its four chapters, along with Beyoncé in the conclusion. Research from this book was foundational for developing the Op-Ed piece on Aunt Jemima that I was invited to write for the New York Times in 2015.  In 2016, I also drew on research from this book in an interview with the Associated Press on the question of featuring Harriet Tubman on the $20 bill, which was cited in 375 media stories, including the New York Times, the Washington Post, and the Chicago Tribune.  In 2020, in the wake of the George Floyd protests, interviews on the Aunt Jemima brand’s removal by PepsiCo were featured in over 552 media outlets that reached over 1.5 billion, including NBC’s Today Show and Nightly News, Al Jazeera, and NPR, as well as the New York Times, the Washington Post, and various other outlets. My research has contributed to areas such as Oprah studies and Beyoncé studies.  My new book projects build upon my research project by continuing to focus on black Southern women, while also contributing to the field of black girlhood studies.  I frequently draw on my research in my teaching, as evident in courses that I have developed in recent years such as ‘The Oprah Book Club and African American Literature,’ ‘New Black Southern Women Writers,’ and ‘Beyoncé Nation.’  My courses such as ‘The Willard Straight Occupation and the Legacy of Black Student Movement’ have increasingly incorporated community engagement and outreach.”

“From the 'Summer of Faulkner' to Oprah's Obama: What We Can Learn from Joe Christmas and Miss      Jane Pittman."  “The Summer of Faulkner: Oprah’s Book Club, William Faulkner, and 21st Century America.”  Ed. Jaime Harker, Jay Watson, and Cecilia Konchar Farr.  The Mississippi Quarterly 3(2013): 459-486. 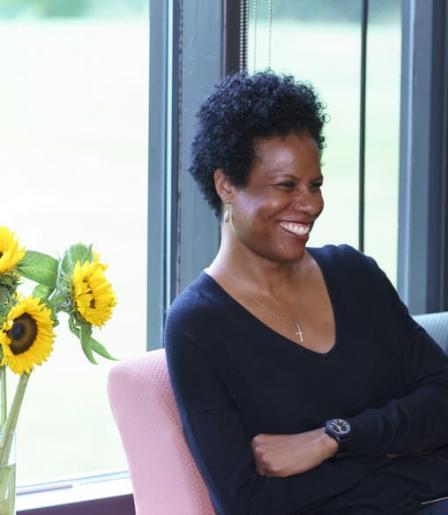