Noah Tamarkin is a cultural anthropologist of race, citizenship, and genomics with interdisciplinary commitments to Science and Technology Studies, African Studies, and Jewish Studies. His research projects examine how DNA transforms power and politics as it becomes unevenly part of everyday life through technologies like ancestry testing and criminal forensics. He has conducted ethnographic field research in South Africa since 2004. His book Genetic Afterlives: Black Jewish Indigeneity in South Africa was published by Duke University Press in 2020. His current ethnographic research examines the introduction and implementation of legislation to expand South Africa’s national criminal DNA database. This project asks how, in a context where science, race, and law have long been contested, DNA becomes legally meaningful and to what ends. He teaches courses in Anthropology, Science & Technology Studies, and Jewish Studies on race; religion; borders and belonging; policing and carcerality; and biology and society. He is also  a research associate at University of Witwatersrand’s Wits Institute for Social and Economic Research (WISER) in Johannesburg, South Africa and a member of the editorial collective of Somatosphere: Science, Medicine, and Anthropology.

Noah Tamarkin is an assistant professor of Anthropology and Science & Technology Studies at Cornell University and a research associate at the Wits Institute for Social and Economic Research (WISER) at the University of the Witwatersrand in Johannesburg, South Africa. His research examines how DNA transforms power and politics as it becomes unevenly part of everyday life through technologies like ancestry testing and criminal forensics. His book, Genetic Afterlives: Black Jewish Indigeneity in South Africa (Duke University Press 2020), ethnographically examines the politics of race, religion, and recognition among Lemba people, Black South Africans who were part of Jewish genetic ancestry studies in the 1980s and 1990s. The book asks how the stakes of genetic data change when approached from the perspective of research subjects rather than genetics researchers. His work has also appeared in Cultural Anthropology, American Anthropologist, History and Anthropology, Annals of the American Academy of Political and Social Science, and Catalyst: Feminism, Theory, Technoscience. At Cornell, he teaches courses that explore race and religion; borders and belonging; policing, carcerality and abolition; biology and society; and the temporalities of genetics.

As a faculty fellow at the Society for the Humanities, Noah Tamarkin will continue work on his multi-sited ethnographic and archival project investigating the reverberations of a 2015 South African law that established a national forensic DNA database and that tasked the South African Police Service with expanding and managing it. The project situates this DNA database alongside a range of related activities such as academic genomics research, private expert witness consultation, criminal trials, non-governmental organization advocacy, and the founding of South Africa’s first professional association for forensic scientists. Tamarkin theorizes this as an expanding carceral network that exemplifies a global shift from discourses of human rights and humanitarianism to investments in carcerality and securitization. His work suggests that such carceral networks are part of a larger story of the changing state in the twenty-first century in which carcerality is emerging as one of its primary characteristics, and that this takes on particular significance in the postcolonial and global South contexts where national DNA databases are now proliferating. Specifically, South Africa’s apartheid history, its postapartheid negotiations about the status of legal pluralism, and its capacity challenges coupled with its position as a technological leader in a region that in global terms is vastly underrepresented in science and technology all make this project an important case that productively troubles our interpretations of the growing cultural, political, and legal significance of DNA. The project theorizes the following forms of afterlives crystalized through genetics: carceral afterlives of human rights; the afterlives of apartheid; techno-political afterlives in the sense of carceral technology transfer from the global north to the global south; and infrastructural afterlives as initial investments are sustained or fall away. The ethnographic research for this project has been funded by the National Science Foundation, the Wenner Gren Foundation, and the Ohio State University’s Criminal Justice Research Center. 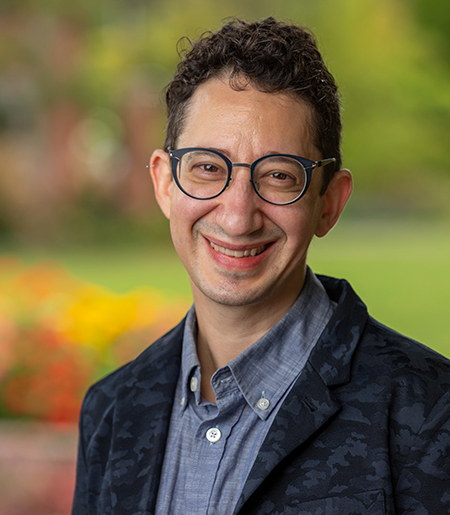