I research different forms of imperialism in the Middle East and Northeast Africa at the turn of the 20th century. I also investigate how global events and the internal crisis in the empire were refracted through the lived experience of Arab-Ottoman imperialists and their families, living in Istanbulites through the turbulent political and social changes leading up to WWI and the breakup of the empire.

I am currently working on two related book projects which I think of as two sides of the same coin. One focuses on Ottoman imperialism abroad and is a “macro” level engagement with international diplomacy and questions of sovereignty and colonialism in northeast Africa. The second is a “micro” level look at the lived experience of imperialists at home, focusing on the life-worlds of the families of two Arab-Ottomans living in Istanbul as the empire crumbled between 1880 and 1920.

The first book, tentatively titled Ottoman-Ethiopian Relations and the Geopolitics of Imperialism in the Horn of Africa and the Red Sea Basin, is under contract with Stanford University Press. It promises to be a groundbreaking book, which relies on a set of newly released Ottoman archival documents on Ottoman involvement in the Horn of Africa at the turn of the 20th century.  It will uncover an untold history of Ottoman imperial ambitions along the Red Sea coast stretching from Djibouti to the Suez, and the northern Somali coast from Bab el-Mandab to the tip of the Horn of Africa. It will introduce a previously unknown Istanbul-Addis Ababa imperial axis of power that existed in dialectic tension with the other North-South axes that stretched from European imperial capitals to the African coasts of the Red Sea and the Indian Ocean. The result will be a new global history of competing imperial strategic interests in the period between 1885 and the beginning of the First World War.  This thirty-year period in this geopolitically strategic part of the world, which connects the Mediterranean with the Indian Ocean, has garnered some recent scholarly interest—most notably in the context of Italian and French colonialism. This book will bring the Ottoman Empire into the mix, asking the questions: What do we learn about the history of the Red Sea and the Somali coasts if we weave the history of regional powers into the larger diplomatic and military histories of European empires in Africa? How can we recast Ottoman imperialism in the region once we understand inter-imperial relations from an Ottoman government’s perspective, not only through its competition with the Great Powers, but also its relationship with its counterpart in Africa, the Ethiopian Empire?  Last but not least, what do we learn about the nature of global imperialism during this period, if we shift the archival focus to the untapped Ottoman records on Africa?

The second book project follows the life and times of two influential Arab-Ottoman imperialists who were deeply invested in the success of the empire, with a vision of a future that favored their survival as non-Turkish imperial citizens. Following the personal and professional trials and tribulations of one military diplomat who represented the sultan in negotiations with regional powers in Africa, and one palace advisor-turned-parliamentarian, I am able to provide a micro-historical narrative of their lived experience as the world changed around them, ultimately forcing them and their family members to make difficult decisions about their loyalties, national belonging, and identification. For over a decade, I have conducted interviews with descendants of these families, collected a large number of archival records, newspaper articles, travelogues, personal letters, diaries, and photos that have never been used before. With those, I am now able to provide an intimate history of the life-world of the men and women of these families living between Istanbul and Damascus over several generations, from the time of the absolutist rule of Abdülhamid II (1876-1908), through the second constitutional period (1908-1914), World War One, and finally the breaking up of the Ottoman Empire. This book project tentatively titled Arab-Ottoman Imperialists of Istanbul and Their Vanishing Empire is a necessary complement to the study of Ottoman imperialism abroad that reflects the impact of a changing world order at the end of the 19th century on the lives of Ottoman imperialists living in the metropole.

The Ottoman Scramble for Africa: Empire and Diplomacy in the Sahara and the Hijaz (Stanford, CA. Stanford University Press, 2016).

When it all Falls Apart: Arab-Ottoman Imperialist in Istanbul at the End of Empire (In progress).

Ottoman-Ethiopian Relations and the Geopolitics of Imperialism in the Horn of Africa and the Red Sea Basin (In progress – Under contract with Stanford University Press).

·  “Telegraphs and Territoriality in Ottoman Africa and Arabia During the Age of High Imperialism,” Journal of Balkan and Near Eastern Studies 18 (2016): 576-587.

·  “Beyond Rhetoric: Reassessing Bedouin-Ottoman relations along the route of the Hijaz Telegraph Line at the end of the nineteenth century,” Journal of the Economic and Social History of the Orient 58 (1-2) (2015): 75–104. 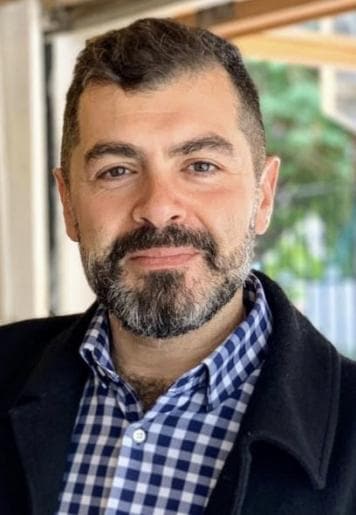