My research uses the methods of archaeology and ethnography to study the relations between people, politics, and the material world of objects, landscapes, and built environments. I pursue this concern with the materiality of political life across temporal boundaries -- ancient and modern -- with a particular focus on Armenia and the South Caucasus. My research revolves around problems of empire, modernity, Soviet socialism and its afterlife. I am also interested in the use of satellite technologies to bear witness to cultural erasure, and am currently involved in a long-term project to monitor and document the destruction of cultural heritage in Nagorno-Karabakh.

My first book, Imperial Matter: Ancient Persia and the Archaeology of Empires (UC Press, 2016), develops an archaeological framework for understanding the endurance of imperial formations that centers on how the material world contributes to the making of political life under empire. The ancient Persian Empire and its northern province of Armenia provide the empirical terrain for detailing that relationship. Underlying the research is a long-term project to bring the archaeology of Iran, the Caucasus, and wider Eurasia into the broad conversation on imperialism that has long linked the humanities and social sciences.

My new research extends this preoccupation with ‘imperial matter’ into the contemporary past and present, with an investigation into the materiality of Soviet and post-Soviet life in the South Caucasus. Contributing to the archaeology of the recent past, I currently conduct archaeological and ethnographic research in Armenia that focuses on the afterlife of socialist modernity, with a particular interest in the forces shaping ruination and the livelihood practices underway in the debris of the Soviet project.

I am co-director of a long-term collaborative field project in Armenia called the Project for the Archaeology and Geography of Ancient Transcaucasian Societies (Project ArAGATS), co-director of Cornell's Landscapes and Objects Laboratory, and co-founder and co-director of the Aragats Foundation and the Caucasus Heritage Watch. 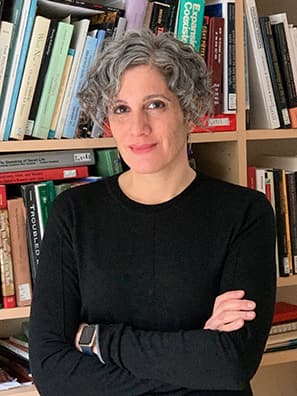