Byron Suber is originally from New Orleans, LA, and moved to Ithaca in 1991 after ten years of living and working in New York City. His work there included choreography, music, theatre, costume design and performance art. His pieces have been  exhibited at La MAMA Inc., Performance Space 122, the Kitchen, DANSPACE, the American Dance Festival and The Wigstock music festival. He has received grants and awards from the Harkness Foundation, Art Matters Inc., New York Foundation for the Arts, and the Cornell Council for the Arts. He has taught at the American Dance Festival at Duke University, Dance Space and Steps, in NYC, as well as various universities in the States, France, Italy, Ireland and Spain. Since coming to Cornell he has continued to create work in dance and theatre as well as entering the realm of digital sound and visual media, for instance in collaboration with professors and students from MIT on a pair of digitally wired sneakers that produced music when the dancer moved. At Cornell, Suber teaches ballet and modern technique, yoga, dance history and criticism, dance composition, and digital media. Outside of his position in the Department of Performing and Media Arts, he completed a M.A in the History of Architecture and Urbanism in the School of Art, Architecture and Planning at Cornell.

In his architectural history work, in looking for a site for study where the moving (or immobilized) body is inescapably bound to architecture, his present project titled, Unreconciled Spaces: a Poetics of Incarceration, considered the ways in which prison space behaves as a persistent metaphor while engaging the body as a specific form of cultural production. This requires an exploration of how the body and the carceral environment intersect within urban space, domestic space, and theatrical space, specifically in the sphere of cinematic expression. Continuing his research, he is exploring American and European national identities as influenced by non-white bodies, particularly when juxtaposed to modern spatialities in American, Italian, French and North African films and urban spaces. Additionally, he is working on a book titled Strebtopia that considers the philosophical implications of the work of choreographer Elizabeth Streb. He is also working on a textbook titled Identity and Ideology in Classical Ballet. This text considers the history of western classical dance as it both perpetuated and confronted western ideology in the realms of race, class, gender and sexuality. In 2005, through Cornell, Suber developed a summer program in Performance and Media Studies in Rome, Italy. Since then the program expanded to include parallel programs in Dublin, Ireland, Barcelona Spain and Paris and Marseilles, France.

2005 The Dance of the Machines, (lecture/performance in collaboration with mechanical engineer, Frank Moon) Light in Winter Festival Ithaca, NY

1996 The Gism of the Isms: Ballet as Narrative, Mind and Memory Lecture Series, at Cornell University, Ithaca, NY

2018 Slivering and Slathering in LGD

2016 Piecing Together a Canon

2015 The Krewe of Doberge Ball

2005 That Sadness that Dissipates but Forever Remains Unresolved, Cornell University, Ithaca, NY May 5, 2005 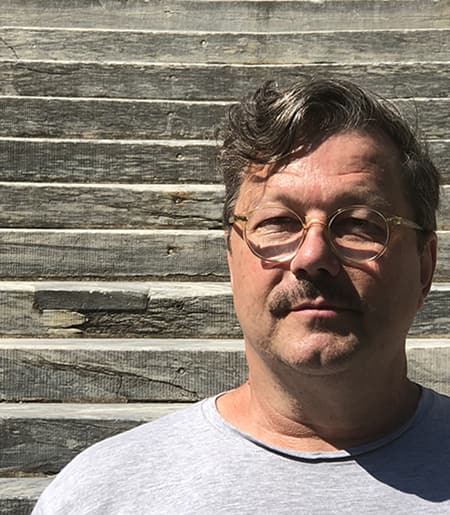