Barbara Cruz: ‘Fearlessly advocate for yourself’

If you had a personal motto for your time in Arts & Sciences, in eight words or less, what would that motto be?

“Fearlessly advocate for yourself.” As a first-gen, low-income student, I felt out of place at Cornell more often than not. I struggled and almost left Cornell on more than one occasion, especially in my junior and senior years. It took me reaching out to my Arts & Sciences deans, Deans Lindo and Sou. They had an unwavering faith in me to succeed, but perhaps most importantly, actively listened to my concerns and explored options with me if I were not able to stay at Cornell. Having someone say, “I know you will succeed, but just in case, here’s what is next if you don’t” was much more helpful than someone telling me “you will succeed no matter what.”

Politics of Poverty with Professor Michener of the government department. I wholeheartedly believe that Professor Michener is one of the best professors Cornell has, and I recommend her classes to every single person I know in the humanities. Within three weeks of having Professor Michener, I asked her to be my advisor -- that is how large of an impact she has had on me. Politics of Poverty was the first time that I was able to understand fully some of the issues that I had been impacted by my whole life, and conceptualize those issues in a policy viewpoint. This class also made me realize that my life experiences growing up in the southwest of Chicago didn’t make me less of a political scientist, just because I had trouble viewing things with an unbiased lens. Rather, by acknowledging I had these views, I was able to more effectively understand the biases that all of us carry with us. Professor Michener also comes from a similar background to myself, and her being so spectacular at what she does allowed me to feel more at place within Cornell. She challenged many of my viewpoints and things that I had viewed as absolute truths, and that has perhaps been something that has guided not only my academic career, but my organizing work as well.

I would encourage them to try new areas of studies. I spend a lot of time online and I constantly see people asking “what’s the most mind-numbingly easy liberal studies requirement I could take?” And you know, that’s understandable, especially if one is trying to clear out many course requirements in preparation for grad school, law, or med school. But at the same time, some of my favorite classes ended up being those I took on a whim. I took Intro to Asian American Studies with Professor Chrissy Lau just because I had always been interested in ethnic studies as a whole, but had only taken Latino/a studies classes. The class ended up being so enjoyable that I enrolled in the minor! If I had stuck rigidly to my plan of only being a Latino/a studies minor and government major, I would never have gone outside of my comfort zone to take a class in an entirely different department, which has now become a large part of my academic career at Cornell. 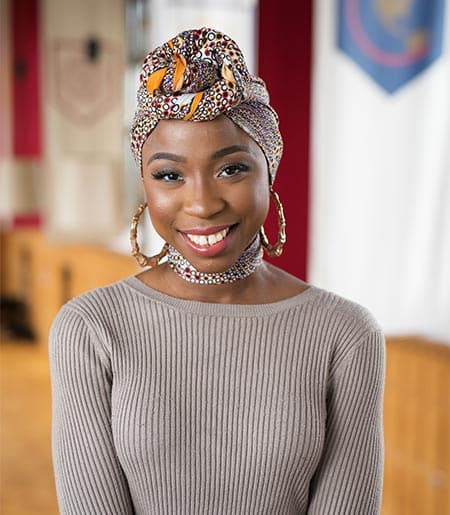 Tireniolu Onabajo: ‘I am proud of learning who I am, what I am grateful for, what I believe in and the difference I want to make in the world’ 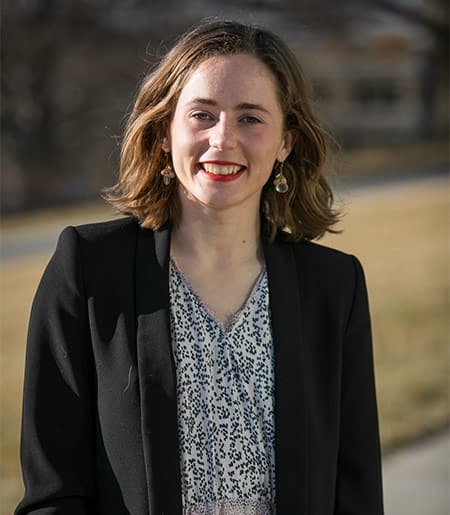 Eve Glasergreen: ‘I have learned to truly think critically, to approach everything I do with curiosity and care, and not to set limits on myself’ 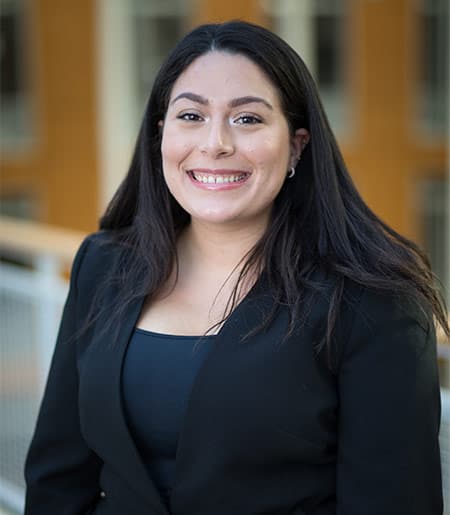 Julia Pagán Andréu: ‘I have learned to find my voice and be heard in my classes’ 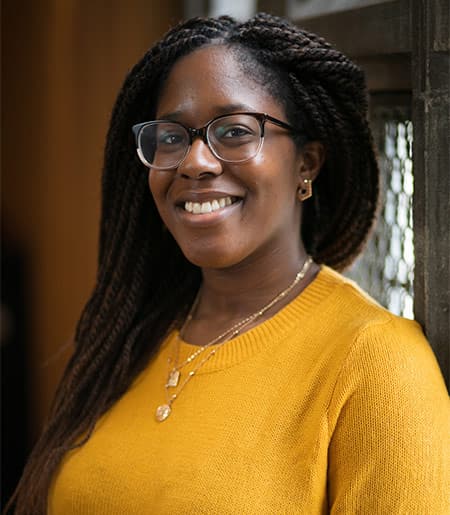 Lolia Briggs: ‘One of my fondest memories was chatting about films with #MeToo founder Tarana Burke’