Ray Jayawardhana is the Harold Tanner Dean of the College of Arts and Sciences and a professor of astronomy at Cornell University.

As the leader of the largest and most academically diverse college at Cornell, he is responsible for an institution with over 520 professorial faculty, 400 academic professionals and staff, 4500 undergraduates and 1300 graduate students. The College offers 40 undergraduate majors and 35 graduate fields, and boasts a network of over 65,000 alumni. For Fall 2020 admission, the College received the largest number of applicants in its history, for both early decision and regular decision.

Ray is focused on strategic priorities in the areas of research excellence, academic innovation and student experience, and public engagement and impact. He has overseen the recruitment of over 55 new faculty members and appointments to over 30 endowed professorships. Signature initiatives launched under Ray’s leadership include the Klarman Fellowships, a premier postdoctoral program for exceptional emerging researchers; the Humanities Scholars Program, a curated and mentored pathway through the humanities scholarship for select undergraduates; the Distinguished Visiting Journalist program, to recognize excellence in journalism while fostering meaningful engagement between the media and the academy; and the Arts Unplugged series of marquee events that bring campus and local communities together around themes of broad interest.

On his watch, the College has adopted a new undergraduate curriculum, expanded first-year advising seminars to all entering students, nearly tripled funding for Summer Experience Grants, and enhanced career development support. The College is also working closely with the University’s senior leadership to establish the new Cornell School of Public Policy and the “super-departments” of Sociology and Psychology and to expand Economics.

Ray’s own research focuses on the diversity, formation and evolution of planetary systems. In particular, his group uses the largest telescopes on the ground and in space to do ‘remote sensing’ of planets around other stars (“exoplanets”), with a view to investigating prospects for life in the universe.  Ray is the co-author of more than 130 papers in scientific journals and the co-editor of two volumes of conference proceedings.

Ray is also a writer whose articles have appeared in publications including The Economist, New York Times, Wall Street Journal, The Atlantic and Scientific American. His popular science book Strange New Worlds was the basis for “The Planet Hunters” television documentary on the Canadian Broadcasting Corp.; his book Neutrino Hunters won the Canadian Science Writers Association’s Book Award. His latest, a picture book for children titled Child of the Universe published by Penguin Random House in March 2020, has received starred reviews in Publishers Weekly, Kirkus Reviews and School Library Journal.

Ray’s research, writing and outreach have led to numerous accolades, including the Guggenheim Fellowship, Radcliffe Fellowship from Harvard, Rutherford Medal in Physics from the Royal Society of Canada, and Nicholson Medal from the American Physical Society.

An avid traveler, he has visited more than 55 countries and all seven continents. His travels, for research and writing, have included numerous visits to mountaintop observatories in Chile and Hawaii, a meteorite collecting expedition in Antarctica, a parabolic flight with the European Space Agency, a solar eclipse chase in western Mongolia and a descent into a South African mine with geobiologists.

Andrew Bass is a professor in the Department of Neurobiology and Behavior. As Senior Associate Dean in the College of Arts & Sciences, Bass oversees the physical and life sciences and mathematics disciplines, several interdisciplinary programs and the Diversity Council; serves as liaison to the university’s inter-college labs and science centers; and provides oversight for research funding in the College.

A behavioral and evolutionary neuroscientist, Bass’ research strives to explain how variation in vertebrate brain organization leads to different behavioral phenotypes both within and between species. Informed by studies of animals behaving in their native habitats, his research uses fishes as model systems to explain how animals generate acoustic communication signals and how the auditory system comes to be tuned to those signals.

Bean’s research is in the field of cosmology, the study of how the universe began and evolved into what we see today. Her work focuses on extracting information about cosmological theories, of dark energy, the properties of gravity on cosmic scales and primordial inflation, using astrophysical observations of the cosmic microwave background (CMB) and large scale structure data (galaxies and clusters of galaxies).

Patrizia C. McBride is a Professor in the Department of German Studies and the Director of the Institute for German Cultural Studies at Cornell.

McBride’s research spans German-language literature and culture from the eighteenth to the twentieth century, focusing especially on theories of modernity and modernism, the intersection of aesthetics, philosophy, and political theory, and visual and media studies. Her scholarship revolves around three main themes: the development of narrative within literary and visual media; the ways in which the reflection on art and society in the twentieth century contributed to the politicized practice of the avant-garde; and the increasing concern, in the twentieth and twenty-first centuries, with understanding how literature and the arts are shaped by their material media.

Derk Pereboom is the Susan Linn Sage Professor of Philosophy and Ethics in the Department of Philosophy at Cornell. As Senior Associate Dean for the Arts and Humanities, he oversees departments and programs in the arts and humanities, the J.S. Knight Institute for Writing in the Disciplines, and the College Scholar Program.

Pereboom’s research focuses primarily on free will and the nature of mind. In his books Living without Free Will (Cambridge 2001) and Free Will, Agency, and Meaning in Life (Oxford 2014) Pereboom defends and develops Spinoza’s view that we lack the sort of free will at issue in the traditional debate, but that this does not threaten the most important features of morality and meaning in life, and has the potential to enhance social harmony. In Consciousness and the Prospects of Physicalism (Oxford 2011), he sets out and explores two options for naturalist accounts of consciousness, each inspired by ideas proposed by Kant. Pereboom is deeply committed to graduate and undergraduate education, and he is the recipient of several teaching awards. 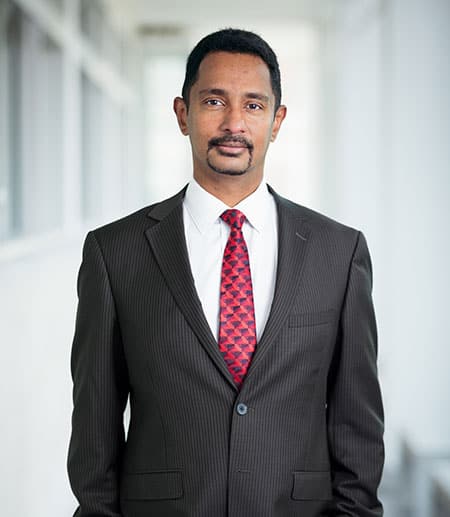