Timna Mayer’s expertise in violin pedagogy stems from a lifetime of dedication to the instrument that began in her hometown of Salzburg, Austria. Beginning her undergraduate work at Mozarteum University, she finished her Bachelor’s degree at Ithaca College in May, 2015. For over three years, Mayer offered supplemental violin lessons there as a teaching assistant to professors Nicholas DiEugenio and Susan Waterbury while studying. During this appointment, she curated a highly individualized teaching approach intent upon helping the student practice and realize musical achievements autonomously. With the string department on her side, Mayer started her own group scale classes, bringing all string instruments together in a setting of peer-to-peer teaching centered on tone production. Many of her teaching methods from this period have been documented and subsequently accoladed for their effectiveness and originality, namely by the International Fund, which continues to support Mayer’s pedagogical research in the United States.

Mayer’s unique approach to problem solving in the practice room and rehearsal derives from her experience in numerous musical settings and teaching styles. As a young musician, she led orchestras as concertmaster through various tours throughout Europe, absorbing a tradition of playing from its original source. However, her most influential mentor, Jürgen Geise (former student of Max Rostal) allowed Mayer the space to develop her own voice, drawing from less conventional sources of inspiration.
In May 2017, Mayer completed her Master's degree in Violin Performance at Ithaca College, during which study she frequently performed chamber music with respected performers, including professors Sara Haefeli and David Quiggle. In addition to actively performing and teaching as a graduate student, Mayer also conducted research funded by Ithaca College. The subject of her research, in brief, was to generate practice techniques from the analysis of bilateral cognitive (hemispheric) processing.

Mayer’s unique perspective allows her to demonstrate the longevity of the violin as it extends to other art forms. In film, her references to jazz, folk styles, and frequent implementation of improvisation have been used by maker, Karen Rodriguez in her short film, Dance, and currently she is creating a soundtrack with maker, Bo Wang. Presently, she and Ishion Hutchison of Cornell University team together to program the violin with newly-composed poetry in a modern exploitation of music with literature.

Over the last years, Mayer has introduced several original projects of great success, both at Cornell University and Ithaca College, that teach students to learn from each other through leadership exercises and collaborative practice. She initiated a recurring “Violin Boot Camp” at both schools where professors from both institutions give leadership workshops in small groups, capitalizing on one technical challenge as the vehicle for group teaching. Her “Living Room” concert series brings musicians of all levels and instruments together on stage to make music and take initiative in the moment, much like they would if they played together at their homes. In a large group setting, Mayer invented the “Double Concertmaster Initiative”, which in its essence synchronizes the orchestra by appointing two concertmasters that are scattered through the section to encourage active communication between players from the first to last desk.

Besides teaching violin, Mayer has functioned as assistant to the orchestras at Cornell since 2017. Presently, she teaches her studio of collegiate violin students at Cornell University. 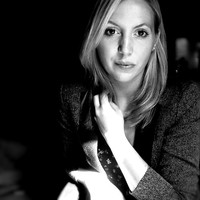