I am a cultural and medical anthropologist. In addition to a PhD in Anthropology, I also hold a Master’s Degree in Public Health. My research, teaching, collaborations and program-building focus on healing and medicine in East Africa. The majority of my fieldwork over the past twenty years has studied healing practices in Tanzania. I have examined how health has been mobilized both as a form a governance and as a platform for change. I approach healing as practices dedicated to both knowledge production and worldmaking. These days, I am particularly interested in experiments – therapeutic, agricultural, economic, social and artistic – in ways of knowing, forms of collaboration, and modes of embodiment that strive to re-think and re-stage health on, and of, the planet.

At Cornell, I teach both undergraduate and graduate courses on the anthropology of medicine, the body, postcolonial science, toxicity, critical plant studies and Africa. I am also an active member of the Global Health Program. In Tanzania, I have taught and mentored medical students on ethics and qualitative methodologies.

I serve as the lead faculty for the Qualities of Life working group in the Einaudi Center, as a co-organizer of the Ecological Learning Collaboratory and as a member of the international group Translating Vitalities. All of these collaborative initiatives are experimenting with authorship, voice, the medium of work, the nitty-gritty of collective practice, and the possibility of establishing the relations that might generate new senses and sensibilities, new bodies and modes of being. With two colleagues from Syracuse University, I co-organize the Central New York Mellon Corridor working group on Health Humanities: Medicine, Illness, Disability, and Culture. I also enjoy an ever-growing connection with the Johnson Art Museum and am very interested in art as a space in which things that exist in radically different registers of knowledge (medicine and myth for example) may be made proximate in practice (a move, that is, I suggest, critical to any decolonization of knowledge/matter). My current collaborations seek to explore the generative frictions of art and anthropology.

Who and what we choose to think with is critical. In my career to date, I have repeatedly chosen to think with African healers, ancestors, and therapeutic plants. The bodies and worlds central to each of these trajectories of inquiry are not “outside” modes of capitalist extraction and scientific world-making, but they do seek spaces for argument and action that alter them and are alter to them. A deep commitment to place has been important to my work and my life. I continue to return to Tanzania, and to make a home there, as I pose new questions about the threats that define our contemporary moment, the relations that might allow response, and the configurations that constitute care.

In my first book, Bodies, Politics and African Healing: The Matter of Maladies in Tanzania (2011), I examine how healers in Tanzania are generating new ways of conceptualizing the body and bodily threats as they confront a changing therapeutic landscape, dominated by AIDS and malaria. In my research and writing of this book, I attend closely to the ontological politics of healing in Tanzania (that is, struggles of who and what are considered legitimate actors). In so doing, I tell a new story of colonialism and postcolonialism through the struggles of healers, nurses, doctors, and patients over what constitutes bodies and bodily threats in contemporary Africa. I also co-edited Medicine, Mobility and Power in Global Africa (2012), a volume which highlights the transnational circulation of medicines, technologies, experts, bureaucratic models and techniques of care in and out of Africa.

My current research interests lie in the entanglements of ecological and bodily health. I am currently working on a second book, Medicines that Feed Us: Plants, Sovereignty and Healing in a Toxic World, which is about the relationship between toxicity and remedy. The story reworks the pasts and the futures of these relations through healing in Tanzania. This book brings attention to Tanzanians who are striving to generate inventive projects and fertile collaborations that enable alternative ways of living and dying, growing and decaying, composing and decomposing. Through the creation of a new mode of healing, dawa lishe (nutritious medicine), they are reframing notions of ecological and bodily health. Their therapies and work creatively disrupt many of the divisions that have structured modern governance (e.g., food and medicine, traditional and modern, subject and object, wild and cultivated). Their imaginative and practical experiments extend conceptualizations of political and therapeutic sovereignty. As the chapters of the book unfold, I describe Tanzanians’ efforts to change the terms of the debate not only over possible planetary futures, but also over the sites of struggle and spaces of healing in the 21st century.

I am also drawn to experiments and collaborations that disrupt the relations which inhere in histories, dispossession and inequality, by enacting alternative modes of existence and forms of liveliness. One such project I co-lead is the Uzima Collective -- a groups of scholars, public health specialists, clinicians, artists and community leaders in Tanzania and the United States. We are interested in cultivating a space (or spaces) through which to innovate ways that medicine might more effectively apprehend the many complex scalar relations that make up bodies and ecologies. To this end, we have begun to cultivate a garden at the heart of a medical school in Moshi, Tanzania. We are interested in cultivating enduring interventions into the environments of health and re-imagining what medicine can and should be in the face of climate change. Our first article on this project, co-authored with my colleague Mary Mosha, historicizes the kind of garden that has been central to generating biomedical knowledge and argues for the urgency of re-imagining the garden as an object of medicine in the more-than-human Anthropocene.

While I have conducted some longer term historical research, my primary focus was (and continues to be) from the second half of the twentieth century to the present and the ways that medicine and medical science have come to profoundly shape the relations, values and ethics of everyday life during this time. Some argue that medicine has now superseded other institutions of social control, such as the law, in terms of the extent to which it shapes human experience. What became clear in my first book project, Bodies Politics and African Healing, is that law, in addition to medicine, re-shaped the ontics of African life and healing. This drives more recent work into the ways that law, in particular intellectual property law, is entangled with medicine. With the support of a Mellon Foundation New Directions Fellowship, I spent the 2011-2012 academic year studying intellectual property law at the Cornell Law School, with particular focus on changing regimes of property in relation to plants and therapeutic knowledge. I remain interested in how law, science, and capital are re-shaping healing and the body in the twenty-first century Africa. My articles “Partial Publics” (2015) and “Properties of (Dis)Possession” (in press) as well as parts of the book manuscript, Medicines that Feed Us, take up these issues. In addition, the Uzima Project explores ways of collecting, saving and sharing plants (and their stories) that work creatively in the fissures of property debates.

2010. From Non-Aligned Medicines to Market-based herbals: China's relationship to the Shifting Politics of Traditional Medicine in Tanzania. Medical Anthropology.

2007. Devils, Parasites and Fierce Needles: Healing and the Politics of Translation in Southeastern Tanzania. Science, Technology, and Human Values.

forthcoming. “The Garden: New Objects of Medicine in the More-than-Human Anthropocene,” in Anna Harris and John Notts (eds) Between Blackboards and Formaldehyde: The Matters of Medical Knowledge. Intellect.

2011 hardcover/2017 paperback. “Healers and Scientists: The Epistemological Politics of Research about Medicinal Plants in Tanzania, or “Moving Away from Traditional Medicine.”” In Geissler and Molyneux (eds.) Evidence, Ethos and Experiment: The Anthropology and History of Medical Research in Africa. Berghahn Books. Pp. 263-295. 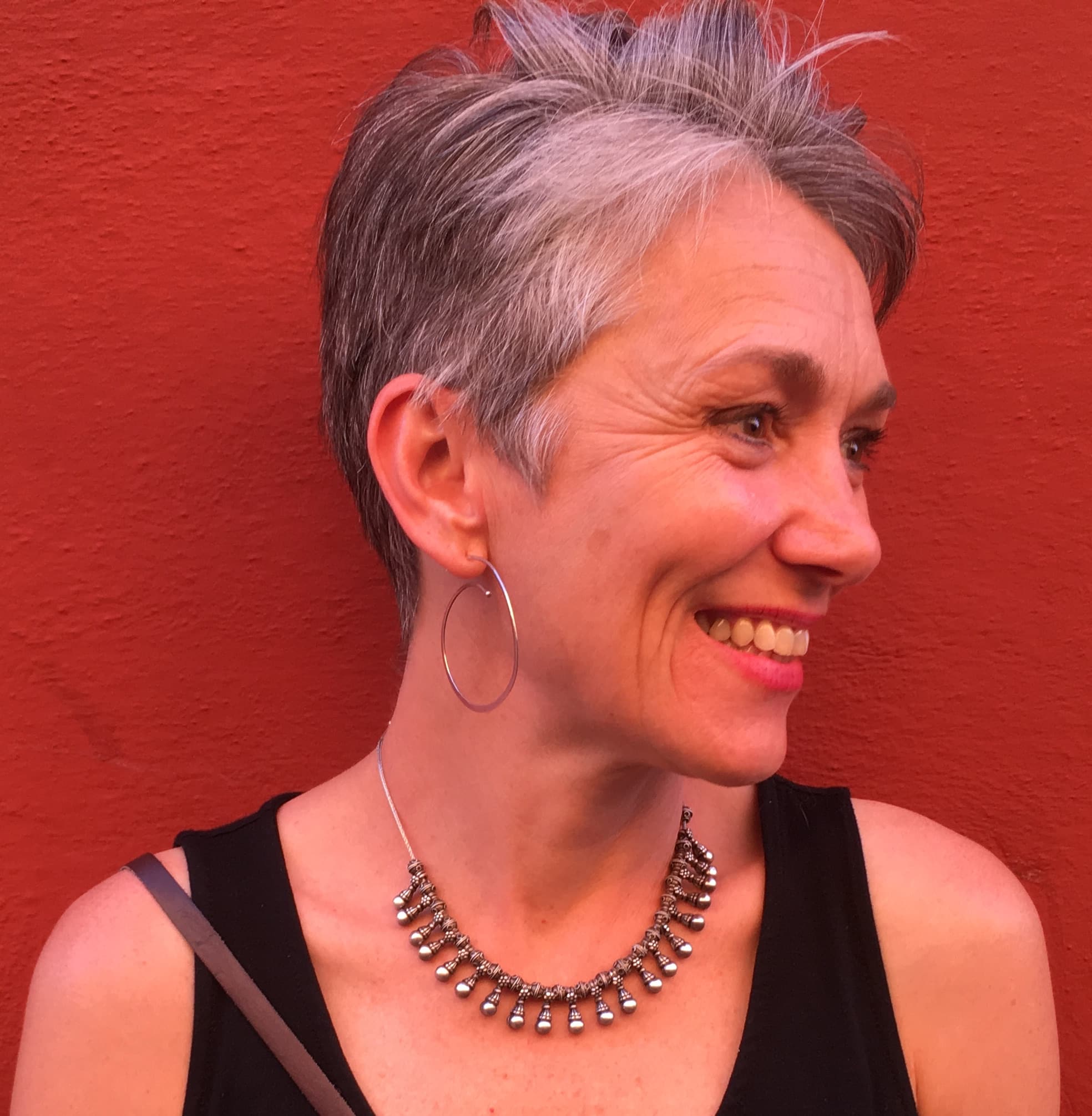