Sreemati Mukherjee received her M.A. in Comparative Literature from Jadavpur University, BA in English Honors and B.Ed. from Loreto College, Calcutta University.  She teaches Bengali at Cornell from novice to superior level and has been teaching Bengali at all levels via the Shared Courses Initiative to Yale University and Columbia University. She has taught English language and literature in Kolkata and Bombay.

She is a member of the American Council on the Teaching of Foreign Languages and of South Asian Languages Teachers Association (SALTA).  Mrs. Mukherjee has a double certificate from ACTFL (American Council for Teaching of Foreign Languages) as an oral proficiency tester in Bengali for both ACTFL and the Interagency Language Roundtable (ILR).  Students at Cornell University can be administered Advisory OPIs (oral proficiency interviews) in Bengali by Mrs. Mukherjee. 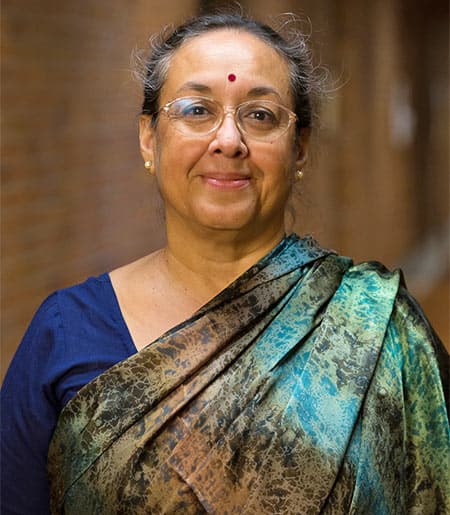