Saida Hodžić, associate professor of Anthropology and Feminist, Gender and Sexuality Studies, studies women’s rights activism, NGO advocacy, humanitarianism, and civic environmental activism. Her first book, The Twilight of Cutting: African Activism and Life after NGOs (University of California Press, 2017) has won the Michelle Rosaldo Book Prize by the Association for Feminist Anthropology, granted to a first book that embodies the theoretical rigor, ethnographic richness and advancement of feminist scholarship, as well as the Amaury Talbot Book Prize for African Anthropology by the Royal Anthropological Institute. She is currently working on two book manuscripts, Affective Encounters: Humanitarian Afterlives of War and Violence and For Whom is Africa Rising? Unsettling Transnational Feminism in the 21st Century.

She received the Robert and Helen Appel Fellowship for Humanists and Social Scientists from the College of Arts and Sciences at Cornell as well as the Rosenthal Advancement of College of Arts and Sciences Women Faculty Award. She has been a faculty fellow at the Cornell Society for the Humanities and at the Institute for Social Science. She is also a recipient of the Harry Frank Guggenheim Foundation Research Grant and the Diane Forsythe Dissertation Award for Social Studies of Science, Technology, and Health.

My research is driven by an abiding interest in redesigning ethnographic critique of progressive political formations such as women’s rights activism, NGO advocacy, humanitarianism, and civic environmental activism. These are globe-spanning formations that connect people across different social worlds and that challenge us to reenvision a critical anthropological analysis of emerging worlds, global encounters, and transnational regimes of rule. I have conducted ethnographic and autoethnographic research on trans-local women’s rights activism in Ghana, on medical knowledge, refuge, asylum, and human rights activism in the United States and Western Europe, and on civic responses to post-war industrial toxicity and environmental extraction in Bosnia and Herzegovina. Much of my work rearticulates a critique of violence -- ranging from war to liberal and epistemic violence -- and shows what it means to be implicated in it.

My book, The Twilight of Cutting: African Activism and Life after NGOs, is a result of sixteen years of research on the effects of Ghanaian advocacy against female genital cutting and its transnational dimensions, and is a recipient of the Michelle Rosaldo book prize and the Amaury Talbot prize in African anthropology. I wrote this book to expand what can be said about female genital cutting as an object of political concern, seeking to understand how the desires to end cutting became as African as they are “global.” I challenge the epistemic violence of foregrounding Western political and ethical concerns about cutting by attending to Ghanaian and other African women and men who are most involved in and affected by the endings of cutting. Shifting theoretical frameworks from cultural relativism, I resituate the endings of cutting as a matter not of individual, biopolitical rights but historical dispossession and social justice, and show how Ghanaians respond to carceral feminism by curbing the excesses of law and articulating their own visions of transformative justice. See book forum with contributions by Inderpal Grewal, Stacy Pigg, Bettina Shell-Duncan, Claire Wendland, and Ara Wilson, and my own response, Feminist Anthropology as a Fugitive Practice.

I am currently working on two book manuscripts. Affective Encounters: Humanitarian Afterlives of War and Violence is based on research at Amnesty International as well as on autoethnographic research with Bosnian refugees and with African women seeking asylum. Blurring the boundaries between analysis of my own experience, observed events, and theory work, I portray intimate encounters between differently positioned humanitarian subjects to rearticulate what is owed to refugees, what debts they are made to carry, and what makes humanitarianism not a gift, but reparations.

For Whom is Africa Rising? Unsettling Transnational Feminism in the 21st Century illuminates how Western desires for hopeful narratives elide and perpetuate global apartheid.

I have begun a new field research project "Work that Kills: The Social Life of a Bosnian Weapons Factory."  I examine the underside of violence, studying social responses to post-war industrial toxicity of an ammunition factory in a small company town and follow the river downstream to examine civic activism at sites of toxic acumulation and environmental extraction. This research is equally ethnographic and autoethnographic and centers listening over asking questions.

I am organizing a collaborative effort to critically reorient the fields of asylum and refugee studies from studies of refugees to critical studies of refuge. A workshop foregrounding the perspectives of (former) refugee scholars, writers, and artists, Displaced, Detained, Undeterred: The Violence of Uncertain Refuge, planned for Fall 2020 is being postponed due to the COVID-19 pandemic.

I have also published on Ghanaian women’s movements for social justice and against domestic violence, on medical knowledge and global health governance, and on questions of violence, war, and refuge.

The Twilight of Cutting: African Activism and Life after NGOs. University of California Press, 2017.

On Critique of Humanitarianism and Anthropological Epistemic Violence:

Of War, Culture, and Responsibility. Anthropology News. May 2007.

On Critique of Food Scarcity, Neoliberal Violence, and Crisis Discourses

The Logics of Controversy: Gender Violence as a Site of Frictions in Ghanaian Advocacy. Domestic Violence and the Law in Colonial and Postcolonial Africa. Richard Roberts et al., eds. Athens: Ohio University Press, 2010. 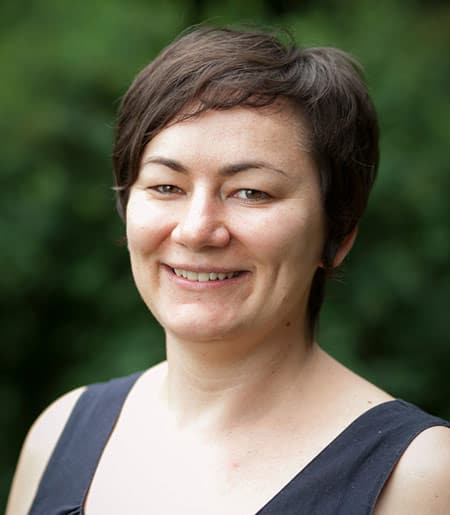