I am a Professor of Neurobiology and Behavior. My training was at Stanford University (A.B., Ph.D. in Genetics, Postdoctoral Fellowship in Neurochemistry) and Harvard University (Postdoctoral Fellowship in Neurophysiology). I have been at Cornell since 1980. My major research interests are in the mechanisms underlying the generation of flexibility in behavior. We focus on simple model systems to understand how neurotransmitters can reconfigure anatomically defined behavioral neural networks to provide flexibility in rhythmic behaviors. We are now beginning to study the neural networks for locomotion in the spinal cord, and the changes that spinal cord injury causes in those networks.

The Harris-Warrick lab is studying the cellular and synaptic mechanisms that shape network function and motor output from Central Pattern Generator circuits.  CPGs are limited networks that generate the timing, phasing and intensity commands for simple rhythmic movements such as locomotion and respiration.  They are anatomically fixed, but can generate variable motor behaviors through changes in network interactions, due to sensory inputs, descending brain inputs, and the actions of neuromodulators such as serotonin and dopamine.  Neuromodulators can shape the output from these networks by altering the strengths of the synapses between the component neurons (thus quantitatively “rewiring” the network)and by altering the intrinsic firing properties of the neurons so that their interpretation of synaptic inputs and decisions to spike are fundamentally altered.  These actions allow flexibility in our behaviors, even though they are generated by anatomically defined networks.

Our current work studies the CPG for hindlimb locomotion, located in the lumbar region of the spinal cord in the mouse.  We are currently studying three major questions in this system:

1) Identification of the interneurons that are components of the CPG, and of their synaptic connections, to better understand the organization of the locomotor CPG.  This work involves electrophysiological studies of genetically defined interneurons and their synapses, combined with mathematical modeling of their interactions, in collaboration with Dr Ilya Rybak (Drexel University).
2) Modulation by serotonin of the properties and synapses of identified neurons in the mouse spinal locomotor CPG, to better understand how serotonin can reconfigure the network to prepare it for locomotion.
3) Changes in the intrinsic properties, synaptic  interactions, and responses to serotonin of identified interneurons in the mouse locomotor CPG after spinal cord injury (SCI). SCI results in loss of descending inputs to the CPG from the brain, including modulatory inputs that release serotonin and other modulators.  Even though the CPG neurons are not themselves damaged by the typical CPG, this loss of inputs results in changes in neuronal function that can affect the ability to walk again. 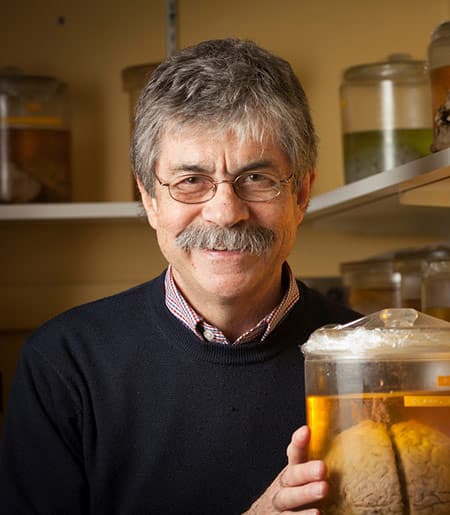