Nicholas Mulder works on European and international history from the nineteenth century to the present. His research focuses on political, economic, and intellectual history, with particular attention to the era of the world wars between 1914 and 1945.

His first book, The Economic Weapon: The Rise of Sanctions as a Tool of Modern War, appeared in January 2022 with Yale University Press. It is a history of the interwar origins of economic sanctions, showing how they reconfigured international affairs by enabling distant coercion against civilian societies in peacetime. Based on wartime blockade practices, the instrument of sanctions offered a novel way to prevent war. It became embedded in the League of Nations and national state policy, and spurred new economic interventions, as well as anti-liberal bids for autarky. The book argues that sanctions were a potent but unstable and unpredictable political tool, one whose importance to the international crisis of the 1930s and 1940s is much greater than usually assumed.

His second project, The Age of Confiscation, is an international history of expropriation. The book focuses on the process of making and taking property within the great transformations of the 19th and 20th centuries, and examines how large-scale asset transfers have been a vital force in the political and economic history of capitalist democracies.

Mulder's other interests include the experience of small countries in the global condition, the history of political and economic thought, and philosophy of history.

The Economic Weapon: The Rise of Sanctions as a Tool of Modern War (New Haven & London: Yale University Press, 2022).

(With Boyd van Dijk), "Why Did Starvation Not Become the Paradigmatic War Crime in International Law?" in Kevin Jon Heller and Ingo Venzke, eds., Contingency in International Law: On the Possibility of Different Legal Histories (Oxford: Oxford University Press, 2021), pp. 370-390.

‘‘A Retrograde Tendency’: The Expropriation of German Property in the Versailles Treaty,’ Journal of the History of International Law/Revue d'histoire du droit international Vol. 22, No. 1 (2020).

‘The Rise and Fall of Euro-American Inter-State War,’ Review of Oona Hathaway and Scott Shapiro, The Internationalists: How a Radical Plan to Outlaw War Changed the World (Simon & Schuster, 2017), Humanity, Vol. 10, No. 1 (Spring 2019). 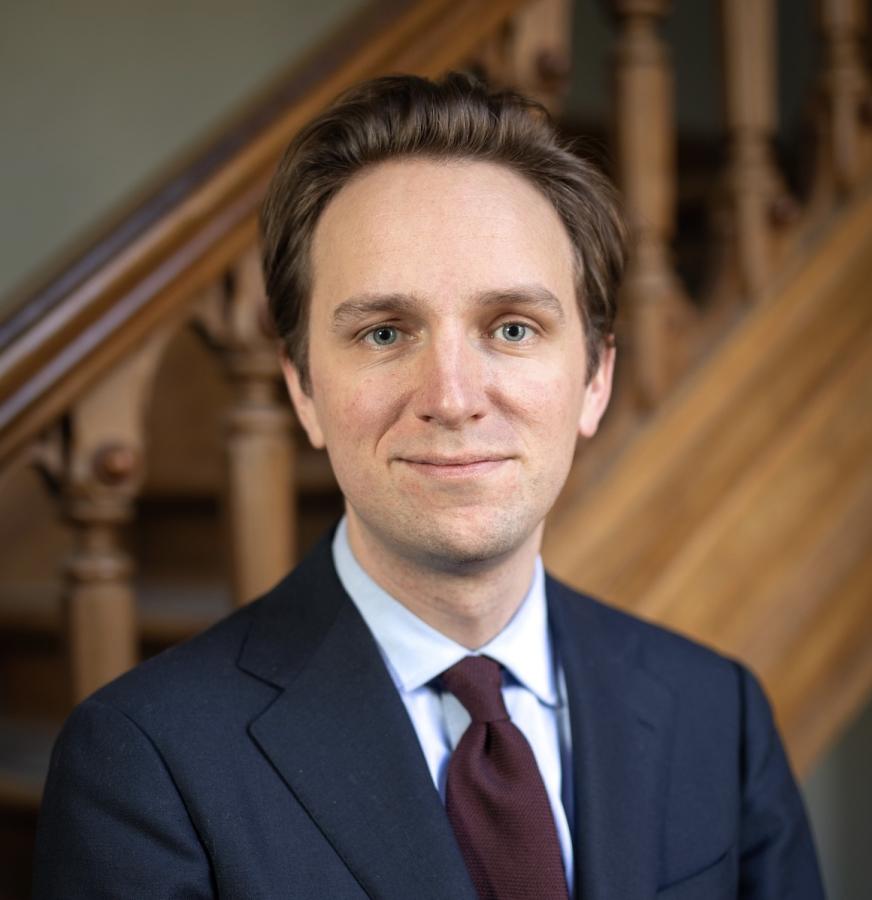