Naoki Sakai teaches in the departments of Comparative Literature and Asian Studies and is a member of the graduate field of History at Cornell University. He has published in a number of languages in the fields of comparative literature, intellectual history, translation studies, the studies of racism and nationalism, and the histories of semiotic and literary multitude - speech, writing, corporeal expressions, calligraphic regimes, and phonographic traditions. He has led the project of TRACES, a multilingual series in four languages - Korean, Chinese, English, and Japanese (German, Italian, and Spanish will be added in 2008) - whose editorial office is located at Cornell, and served as its founding senior editor (1996 - 2004). In addition to TRACES, Naoki Sakai serves as a member of the following editorial boards,positions east asia cultural critique (in the United States),Post-colonial studies (in Australia), Tamkang Review (in Taiwan),International Dictionary of Intellectual History (Britain and Germany), Modern Japanese Cultural History (Japan), ASPECTS (South Korea) and Multitudes (in France). 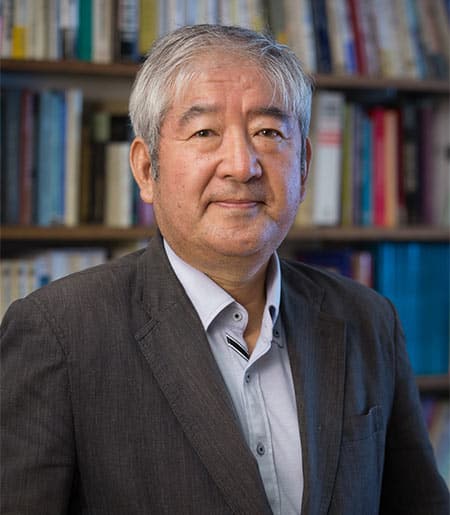 Ph.D. in Far Eastern Languages and Civilizations, University of Chicago 1983

M.A. in Far Eastern Languages and Civilizations, University of Chicago 1980

B.A. in Philosophy, University of Tokyo 1971