Professor Brady is the author of Extinct Lands, Temporal Geographies: Chicana Literature and the Urgency of Space (Duke University Press, 2002), which was awarded the Modern Language Association’s Prize for the Best Work of Latina/o and Chicana/o Literary and Cultural Criticism. She is also an associate editor of the sixth edition of the Heath Anthology of American Literature (Cengage 2008-2009). An earlier essay, “The Contrapuntal Geographies of Woman Hollering Creek and Other Stories” (published in American Literature in 1999) won the Norman Foerster Prize for the best essay published in that journal for 1999. She has also taught at Indiana University, UC Santa Barbara, and UCLA; she has also served as the Director of Cornell’s Latina/o Studies Program. She is currently working on a project that examines the relationship between neoliberalism and Latina/o literatures and cultures. 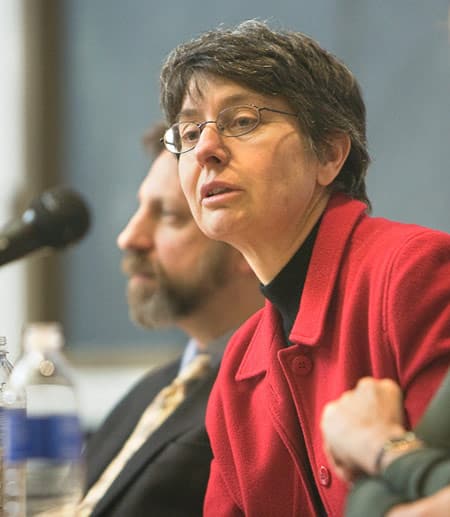