María Fernández’s research and teaching concern three areas and their intersections: the history and theory of digital and new media art, postcolonial and gender studies and Latin American art and architecture. She is the author of Cosmopolitanism in Mexican Visual Culture (Texas University Press 2014), for which she won the Arvey Book Award by the Association for Latin American Art in 2015. With Faith Wilding and Michelle Wright she edited Domain Errors: Cyberfeminist Practices (Autonomedia, 2002). Recently, she edited the volume, Latin American Modernisms and Technology, which explores diverse engagements of Latin American intellectuals and artists with modern technologies, mechanical, electronic, digital and imaginary (Cornell Institute for Comparative Modernities and Africa World Press, 2018). Her essays have appeared in multiple journals including Leonardo, Art Journal and Third Text as well as in edited collections. She is now writing a book on the work of the British cybernetician, Gordon Pask and investigating the contributions of women artists working in new media to posthumanisms and new materialisms.

Cosmopolitanism in Mexican Visual Culture (University of Texas Press, 2014). A collection of case studies on Mexican visual arts ranging from the seventeenth to the first decade of the twenty-first century. In this book Mexican art emerges as an ongoing process of negotiation between the local, the global, and a force field of power relations. It demonstrates that cosmopolitanism entails violence as well as the synthesis and transformation of diverse discursive and artistic traditions.

Latin American Modernisms and Technology (Cornell Institute for Comparative Modernities, ICM, and Africa World Press, 2018.) This collection of essays documents the creative involvement of Latin American artists and intellectuals with modern technologies from the nineteenth-century to the present. The book aims to stimulate new ways of thinking about histories of art and media art to challenge the conceptual separation of“developed” and “underdeveloped” countries that perpetuates the marginalization of the Global South from modernity.

Domain Errors! Cyberfeminist Practices, a subRosa project edited by María Fernández, Faith Wilding and Michelle Wright (N.Y.: Autonomedia, 2002). Originally intended as a book for a general audience, this volume focuses on issues underdeveloped in second-wave cyberfeminism such as race and reproduction.

“Gordon Pask: Life, Cybernetics and the Arts.” An investigation of the work of the British cybernetician Gordon Pask focusing on his contributions to theater, art and architecture. 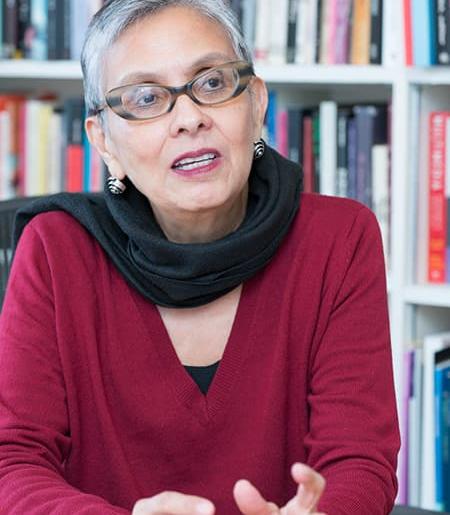