Garcia, a 2016 Andrew Carnegie Fellow, studies refugees, immigrants, and exiles.  Her most recent book is The Refugee Challenge in Post-Cold War America (Oxford University Press, 2017), a study of the actors and interests that have shaped US refugee policy in the Post-Cold War and post 9/11 era.

She is also the author of Seeking Refuge: Central American Migration to Mexico, the United States, and Canada (University of California Press),  a study of the individuals, groups, and organizations that responded to the Central American refugee crisis of the 1980s and 1990s, and helped shape refugee policies throughout North America. Collectively these domestic and transnational advocacy networks collected testimonies, documented the abuses of states, re-framed national debates about immigration, pressured for changes in policy, and ultimately provided a voice for the displaced and the excluded.

Her first book, Havana USA: Cuban Exiles and Cuban Americans in South Florida, examined the migration of Cubans to the United States after the Castro revolution.   The book examines how these Cold war migrants-became a powerful economic and political presence in the United States, influencing foreign policy and electoral outcomes, reshaping the cultural landscape of the South, and ultimately reinterpreting what it means to assimilate.

She is co-editor (with Maddalena Marinari and Madeline Hsu) of A Nation of Immigrants Reconsidered: U.S. Society in an Age of Restriction, 1924-1965.

Garcia is currently completing a book on the environmental origins of refugee migrations—the so-called “climate refugees”.

Many of her undergraduate and graduate courses reflect these research interests and are cross-listed with American Studies, Latino Studies, and Latin American Studies.  While Garcia considers herself primarily a historian of 20th century U.S. history, her interest in displaced and mobile populations has increasingly blurred the geographic borders of her work.

In 2017, Garcia was elected to the American Academy of Arts and Sciences and the Society of American Historians. 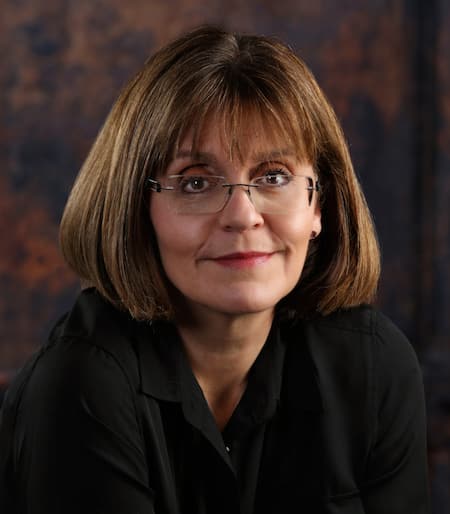