In his research, Laurent Dubreuil aims to explore the powers of literary and artistic thinking at the interface of social thought, the humanities and the sciences. Dubreuil's scholarship is broadly comparative and makes use of his reading knowledge in some ten languages. Professor Dubreuil is the founding director of the Humanities Lab, a place for reflexive dialogues between practitioners from the sciences and the discursive disciplines who wish to eschew reductionism.

At the École normale supérieure, Paris, and in other French universities, Prof. Dubreuil received training in most fields pertaining to the humanities, with a particular emphasis on French, Francophone and Comparative Literature (doctorate: 2001), Philosophy (doctorate: 2002), and Classical Philology. His professors and advisors included Jacques Derrida, Hélène Cixous, Umberto Eco and Pierre Judet de La Combe. In his years as a Mellon New Directions Fellow, Dubreuil acquired further competencies in Cognitive Science.

Dubreuil is the author of thirteen books. Among his scholarly essays, five are available in English, most recently Poetry and Mind (Fordham UP: 2018) and Dialogues on the Human Ape (U of Minnesota P: 2019: co-authored with primatologist Sue Savage-Rumbaugh). Five other volumes have been released in French, including (in 2019) Baudelaire au gouffre de la modernité (Hermann), La dictature des identités (Gallimard). Dr. Dubreuil also authored three “creative” literary essays in French. In 2016, Anthony Mangeon edited L’empire de la littérature, an anthology of previously unreleased texts on and by Dubreuil.

Dubreuil has worked extensively for academic journals and served as Editor of both diacritics and Labyrinthe, collecting articles on a wide range of topics, from comics to primatology, from negative politics to Asia. Current book projects include: an essay on contemporary literary writing in French (Comment écrire aujourd'hui, forthcoming in 2021); an inquiry on transcultural comparisons and cosmopolitanisms in a more than global world (forthcoming in Chinese in 2022); an investigation on the theoretical concept of the soul: a commented text anthology to be co-edited with Marc Aymes on methods in the humanities and social sciences.

Under the aegis of the Humanities Lab, Dubreuil co-leads with Cathy Caruth the ongoing Ape Testimony Project, a digital archive featuring hours of video interviews of individuals who established a rapport with other great apes beyond the species barrier. Dubreuil directed and edited most of the films on this repository. He also recently directed Nos premiers séminaires, a 50-min documentary movie devoted to the five decades of Hélène Cixous's research seminar (premiered in an international conference held in Paris in 2019), as well as an audiovisual companion piece to his book Portraits de l'Amérique en jeune morte (premiered at art gallery Hus in Paris in 2019). 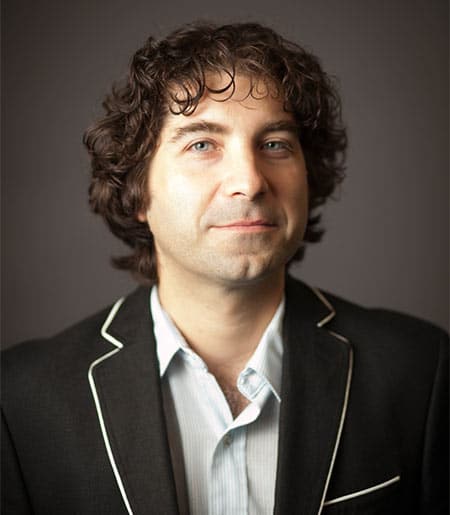