Dr. Juan Manuel Aldape Muñoz’s research is at the intersection of performance studies, illegality and citizenship, borderlands studies, critical phenomenology, and critical dance studies. He is an interdisciplinary scholar with a research and teaching focus on creative ethnography and (Afro)Latinx/Latin American undocumented cultural production. He’s an assistant professor in the Department of Performing and Media Arts. Alongside Dr. Debra Castillo here on campus and colleagues at Syracuse and Colgate, he is also the co-founding member of the (Afro)Latinx, Latin American, Caribbean, and Indigenous Performance working group—which is open to the public. He was most recently a Mellon Postdoctoral Fellow in the Society for the Humanities from 2020 to 2022. He’s the former managing director of San Francisco’s Festival of Latin American Contemporary Choreographers. Dr. Aldape Muñoz is a first-generation formerly undocumented scholar.

His book project The Alien Commons: Choreography and Performance Beyond Citizenship focuses on undocumented, queer, indigenous adoptee, and Afro-Indigenous artistic projects within the umbrella of migrant latinidad. At the core of his research, he is interested in the arrangement of movement, how and under what terms someone or some things are allowed to be free and/or restricted based on markers of difference (race, class, legal status, gender, faith, ability, and species). He looks at movement and its control across multiple stages: theatrical, digital, interventionist, and conditions of being. Understanding choreography—as more than a neutral metaphor and an arrangement of steps for dance performance—is a useful analytic to engage equity and justice concerns that cross aesthetic borders, identity categories, overlapping settler topographies, and serial colonialisms.

In addition to writing about performance’s role in transforming society and ideas of citizenship, he is a choreographer and professional dancer whose work has been presented internationally. He produces and choreographs bilingual multimedia dance theater performances with the belief that the intersection of contemporary dance theater and social justice makes us think and move in more inclusive ways. His productions feature a fusion of (Afro)Latinx dance forms such as cumbia, bachata, and salsa with improvisational scores, contemporary dance, ballet, release technique, and hip hop. His Latinx hybrid creative process has been presented throughout Mexico, Ireland, Serbia, England, and California. 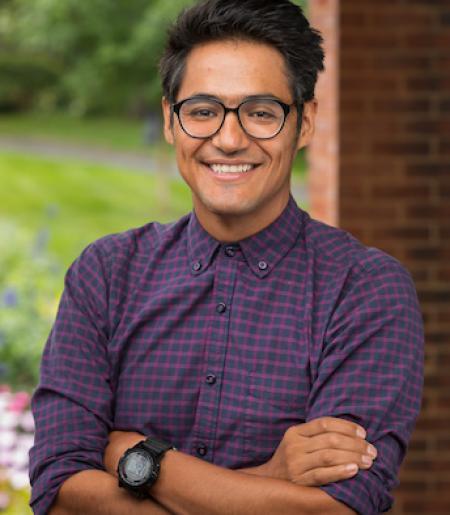