A member of the Cornell music faculty for fifty years, from 1955 until his retirement in 2005, John Hsu is the Old Dominion Foundation Professor of Music, Emeritus.  Through the years, he taught lessons in cello and viola da gamba, and courses in music theory, music history and performance practice; conducted the Cornell Collegium Musicum, the Sage Chapel Choir, the Cornell Chamber Orchestra, and the Cornell Symphony Orchestra; and was cellist of the Amadé Trio, Cornell’s resident ensemble. He was Chairman of the Department of Music 1966–71.  He was a Faculty Fellow of the Cornell Society for the Humanities in 1971–72, and was named the Old Dominion Foundation Professor in 1976.   He founded the Cornell Summer Viol Program in 1970, which from 1972 to 1996 was the longest continuing summer music program devoted to the study of the French solo viola da gamba performing tradition.

Professor Hsu is a graduate of the New England Conservatory of Music in Boston, where he received the Bachelor of Music in 1953, Master of Music in 1955, and Honorary Doctor of Music in 1971. He is also Artistic Director Emeritus of the Aston Magna Foundation for Music and the Humanities, founder and conductor of the Apollo Ensemble (a period-instrument chamber orchestra), founder of the Haydn Baryton Trio, and a world-renown player of the viola da gamba and baryton.  As conductor and instrumentalist, he has recorded award-winning CDs and toured throughout this country and Europe. His CD with the Apollo Ensemble of Joseph Haydn Symphonies for the Esterhazy Court, issued by Dorian Recordings (DOR-90191), was nominated for the 1996 International Cannes Classical Music Award.  His recording of Baryton Trios by Joseph Haydn, released by ASV of London under its Gaudeamus label (GAU 109), was chosen Winner in the Early Instrumental category of the Music Retailers Association’s Annual Award of Excellence in London, 1989.  Among his LP recordings of French Baroque viol music for The Musical Heritage Society during the 1970s are the first complete recording of the five suites for viola da gamba by Antoine Forqueray (the Paganini of the viola da gamba), made on the occasion of the tercentenary of the composer’s birth in 1972, and a series of discs of solo viol pieces by Marin Marais (the most important composer of works for the instrument).  He was Artistic Director and Conductor of the Atlanta Baroque Orchestra, Atlanta, Georgia, from 2006 to 2009.

Professor Hsu is the editor of the first modern edition of the complete instrumental works of Marin Marais (1656–1728) and author of A Handbook of French Baroque Viol Technique, both published by Broude Brothers Limited.  In May 2000, the government of France bestowed the high honor of Chevalier de l’Ordre des Arts et des Lettres on John Hsu in recognition of his life-long commitment to French Baroque music as a scholar, performer, and teacher. 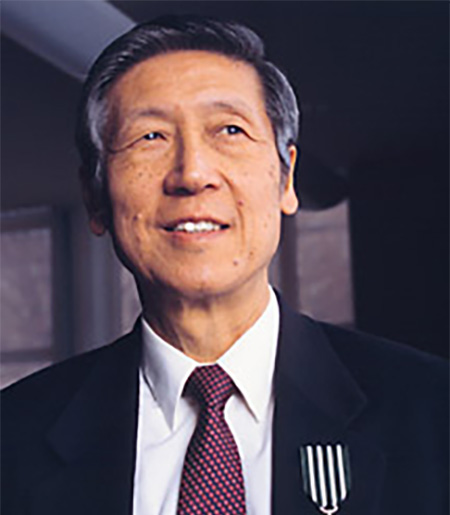