Cellist John Haines-Eitzen has performed in major concert halls throughout Europe, Asia, North America, and South America. He was a member of the Philadelphia Orchestra from 1995 until 2005 and has also performed with the New York Philharmonic, the Columbus Symphony, and the North Carolina Symphony. His solo and chamber music appearances have taken him to cities in Japan, China, Brazil, and Italy, as well as the Casals Festival in Puerto Rico, the Sarasota Music Festival in Florida, and numerous concert series throughout the United States.

In addition to performing regularly with his colleagues at Cornell University where he is a Senior Lecturer and Artist-in-Residence, Mr. Haines-Eitzen has collaborated with renowned artists including pianists Yefim Bronfman, Jean-Yves Thibaudet, and Wolfgang Sawallisch, mezzo-soprano Frederica von Städe, violist Roberto Diaz, the Casals String Quartet, and principal musicians of the Philadelphia Orchestra, the Berlin Philharmonic, the Chicago Symphony, and the Los Angeles Philharmonic. He has appeared as a guest artist at the Kimmel Center in Philadelphia as part of the Philadelphia Orchestra’s Chamber Music Series and at Carnegie’s Weill Recital Hall with The Vandermark Ensemble, of which he served as Artistic Director from 2003-2008. His chamber music performances have been featured on National Public Radio stations throughout the United States.

Haines-Eitzen is a graduate of Indiana University where he was a student of Janos Starker. In reviews, his playing has been described as “romantically yearning” (Columbus Dispatch), “forceful and emotional” (Greensboro News and Record), and “with technical mastery and perceptive maturity” (Trent, Italy, Arts Review). A dedicated proponent of new music, he has collaborated with and premiered works by James Matheson, Victor Davies, Steven Stucky, Roberto Sierra, Zachary Wadsworth, Spencer Topel, Stuart Duncan, Diego Vega, Kay Rhie, Xi Wang, Norbert Palej, Chris Gendal, Steven Gorbos, along with numerous other award winning composers. Highlights of recent seasons include performances and masterclasses at the China Conservatory in Beijing and the University of Michigan School of Music.  His solo discography includes the 6 Suites for Solo Cello by J.S. Bach (Aramus Records), a 2018 Global Music Awards Gold Medal winning CD entitled "Spanish and Italian Music for Solo Cello," as well as  "Roberto Sierra: Works for Cello and Piano" from Albany Records. 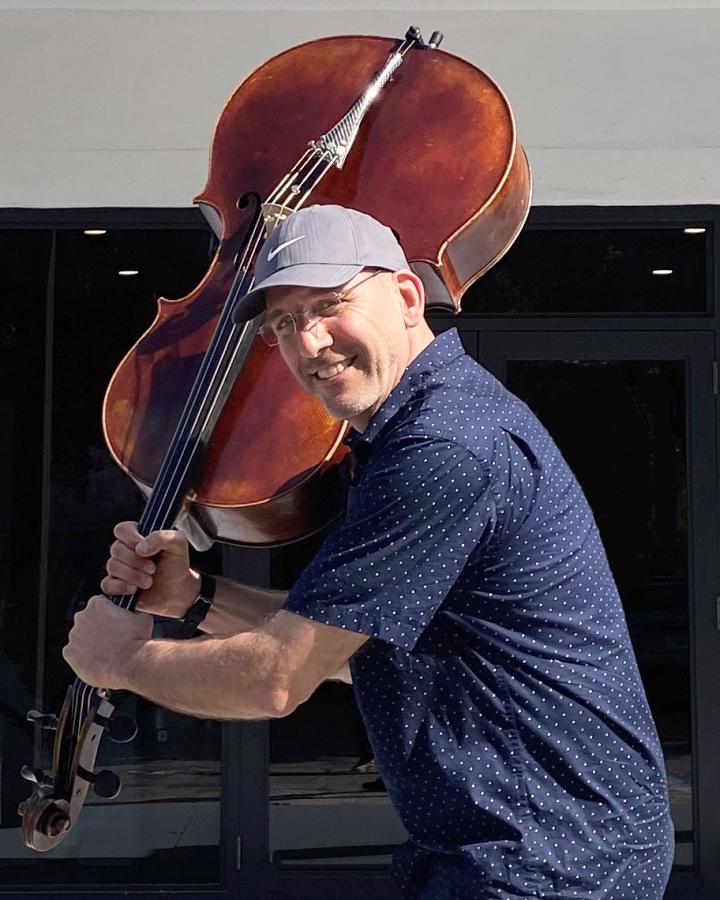