Jamila Michener is an Associate professor in the department of Government. Her research focuses on poverty, racial inequality and public policy in the United States. Her recent book, Fragmented Democracy: Medicaid, Federalism and Unequal Politics (Cambridge University Press) examines how Medicaid--the nation’s public health insurance program for people with low income--affects democratic citizenship. Unpacking how federalism transforms Medicaid beneficiaries’ interpretations of government and structures their participation in politics, Fragmented Democracy assesses American political life from the vantage point(s) of those who are living in or near poverty, (disproportionately) Black or Latino, and reliant on a federated government for vital resources.

Jamila Michener studies American politics and policy, with a particular focus on the political causes and consequences of poverty and racial inequality. Her work explores the conditions under which economically and racially disadvantaged groups engage in the political process, the effects of that engagement, and the role of the state in shaping the political and economic trajectories of marginalized communities.

2017. “Social Class as Racialized Political Experience.” The Forum: A Journal of Applied Research in Contemporary Politics 15(1): 93-110. 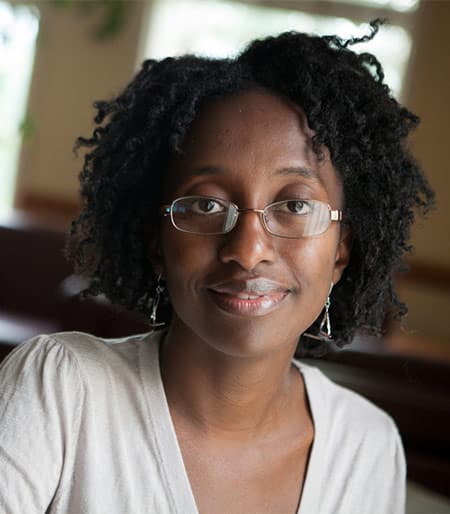