Stacey received his PhD from Cornell University in 1985 under the mentorship of Martin Harwit.  His research focused on far-infrared spectral line studies of Galactic star formation regions and the Galaxy with data obtained from NASA’s Lear Jet and Kuiper Airborne Observatories (KAO).  From 1985 to 1991 he continued his far-infrared spectral line work with imaging Fabry-Perot spectrometers on the KAO, working with Charles Townes and Reinhard Genzel.  He accepted a faculty position at Cornell in 1991, where he has continued studies of star formation near and far in the near-IR to mm-wave bands using data from ground-based, airborne, and space-based systems.

Gordon Stacey’s research interests center on studies of star formation and its interplay with the interstellar medium across cosmic time.  These studies have focused on far-infrared and submillimeter wavelength fine-structure and rotational line emission from abundant atoms, ions, and molecules. These lines provide the cooling mechanism by which an interstellar gas cloud can collapse to form a star, and also trace the hardness and intensity of ambient interstellar radiation fields.  The hardness of the radiation field is determined by the most massive stars on the main sequence, hence the age of the stellar population, while the intensity of the radiation field is determined by the numbers of stars per unit volume, hence the intensity of star formation. Therefore, not only do these lines reveal regions of star formation, they also unveil the characteristics of the newly formed stars – their age and spatial extent.

His research is somewhat unique in that it centers on data obtained with spectrometers his team has built at Cornell and taken to telescopes world-wide. The spectrometers built are primarily imaging Fabry-Perot interferometers and echelle grating spectrometers that have operated at wavelengths from 20 µm through 500 µm.  He recently retired ZEUS, an echelle grating spectrometer that was optimized for detection of these cooling lines from distant (redshift > 1) galaxies in the early Universe. ZEUS was a single beam, spectrally multiplexed spectrometer used in the 350 and 450 µm telluric windows.  ZEUS employed a 1 × 32 pixel thermistor-sensed bolometer array and was used on the Caltech Submillimeter Observatory from 2006 until 2011. Several “firsts” were achieved (first detections of a mid-J 13CO rotational line from an external galaxy, first detections of [OIII] 88 µm and [NII] 122 µm lines from a high redshift galaxy, and first survey of [CII] line emission from high redshift galaxies). An important science discovery was that unlike the local Universe, where star formation in the highest luminosity star galaxies is typically compact, very intense and triggered by major mergers, star formation in the most luminous star forming galaxies in the redshift 1 to 2 epoch is extended over several kpc scales and ten times less intense.  This extended mode of star formation likely results from the accretion of gas from the cosmic web into a thick proto-galactic disk.  ZEUS has detected cooling lines from ~30 galaxies at redshifts as high as 4.2, looking back in time 12 billion years, or to within 1.8 billion years of the Big Bang.

His group is now observing with their second generation submillimeter grating spectrometer, ZEUS-2 on the 12 m APEX telescope at an elevation of 5100 meters in northern Chile.  ZEUS-2 is long slit version of ZEUS, that employs 555 transition-edge-sensed bolometers to obtain broad-band, multibeam spectra in four submillimeter windows (200, 350, 450, and 625 µm) simultaneously.  Supporting and related studies are ongoing with several facilities including the Herschel Space Observatory, the IRAM 30 m and PdBI/NOEMA arrays, and ALMA.

Stacey is the Project Scientist for the 25 m CCAT submillimeter telescope envisioned for a 5600 m elevation site on Cerro Chajnantor in northern Chile, and the lead of the Cornell Instrumentation group for this facility. 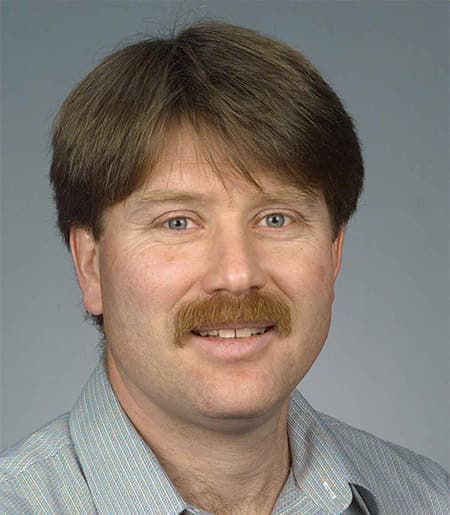