W. E. B. DuBois Professor in the Humanities

Gerard Aching is professor of Africana and Romance Studies. He specializes in 19th- and 20th-century Caribbean literatures and intellectual histories, theories of modernism and modernity in Latin America, and the relation of literature, philosophy, and slavery in the Caribbean. He is the author of The Politics of Spanish American Modernismo: By Exquisite Design (Cambridge, 1997), Masking and Power: Carnival and Popular Culture in the Caribbean (Minnesota, 2002), and Freedom from Liberation: Slavery, Sentiment, and Literature in Cuba (Indiana, 2015). Aching’s current research and teaching focus on subjectivity in slave narratives, slavery and philosophy, sugar production in the development of the modern transatlantic world, processes of gendered racialization in the Plantationocene, and the Underground Railroad. His collaborative Underground Railroad Research Project, which entails field work and community engagement in Central and Western New York, informs his new book project, The Promise of Rebirth: A Contemporary Approach to the Underground Railroad.

Professor Aching has been the recipient of a Howard Foundation Fellowship (1999) and a Guggenheim Memorial Foundation Fellowship (2003). He is co-principal investigator of the Rural Humanities Initiative (2019-2023), which is funded by the Andrew W. Mellon Foundation, and is a 2021 recipient of the College of Arts & Sciences’ New Frontier Grant for the Underground Railroad Research Project. Aching served as director of the Africana Studies and Research Center (2012-2015) as well as Provost’s Fellow for Public Engagement (2017-2019). He is currently a Faculty Fellow at the Atkinson Center for a Sustainable Future.

"The Temporalities of Modernity in Spanish American Modernismo." The Oxford Handbook of Global Modernisms. 109-128. 2012 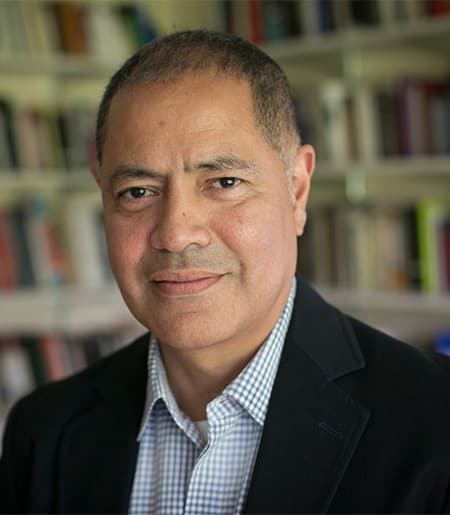