Senior Lecturer and Curator of the Anthropology Collections

As Curator of the Anthropology Collections I work to sustain the Collections and facilitate their use. I teach a course each Spring in the Collections, and regularly host classes and other groups interested in seeing and working with particular groups of objects. I also host open-house events, typically at Homecoming and Reunion but also other times as appropriate. We have two main exhibit areas, in the first-floor hallway and in the Department seminar room, where we can feature materials from the Collections; these exhibits are usually produced working with students.

My first research focus has long been on Native North America and the historical relations between Native and European cultures, past and present. Particular emphases have included Native American perceptions of Europeans in contact situations, perspectives on warfare and violence, and the maintenance of ethnic identity. This research has included consulting with tribes on questions of land claims, recognition, and repatriation, as well as extensive archaeological and archival research. My main focus has been on Algonquian groups, particularly the Powhatan tribes of Virginia, but I have also worked on specific topics in the Pacific Northwest (mainly with the Tlingits of Alaska).

Beginning in the mid-1990s I have also studied the Spanish Caribbean, particularly U.S. involvement there and its relationships to U.S. Indian policy and its practice. My primary focus here has been on Puerto Rico, secondary on Cuba. I also study tourism and travel in Puerto Rico and Cuba, nineteenth century to the present, and representations (in art, photography, material culture, literature, advertising, etc.) and their relationships to identity issues in Puerto Rico and Cuba. Most recently I have been researching a forgotten Puerto Rican singer/dancer/actress and her position in the history of Latino performers in the US.

In approach I emphasize methods and theories for interpreting material and visual culture and documentary evidence, including textual and semiotic approaches and quantitative methods, along with ways to integrate such research with other streams of evidence. I have produced photographic and poster exhibits, websites, and videos as well as publications, and have taught a wide range of courses in all of the traditional subfields of the discipline.

I also am actively engaged in research on the history and development of the Americanist tradition in anthropology and archaeology, with foci including the work of Frank Speck and his students and the University of Chicago and University of Wisconsin departments. My interest in other disciplinary traditions of the world is reflected in the philosophy and contents of Histories of Anthropology Annual, which I co-founded and co-edit. I am active in professional organizations at the national and international level, and received the AAA President's Award in 2002 for my work on the AAA Centennial Commissions. 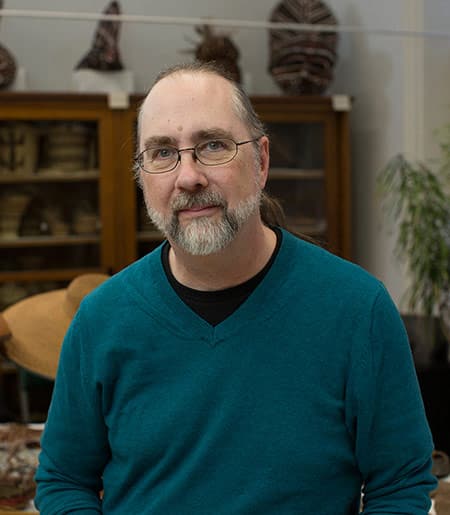