Ernest I. White Professor of American Studies and Humane Letters

Eric Cheyfitz, the Ernest I. White Professor of American Studies and Humane Letters at Cornell University, is a faculty member of the American Indian and Indigenous Studies Program (AIISP). Dr. Cheyfitz  has served as director of theAIISP, the faculty coordinator of the Mellon-Mays Undergraduate Fellowship Program, and the director of the Mellon Post-doctoral Diversity Seminar. His scholarship and teaching focus on the force of settler colonialism on Indigenous peoples and their ongoing resistance in the form of alternative ways of thought and action to the predatory capitalism embedded in settler existence. Exemplary of this work are his award winning book The Poetics of Imperialism: Translation and Colonization from The Tempest to Tarzan (1991, 1997), which was named by Choice as one of the outstanding academic books of 1991;  and his co-edited volume Sovereignty, Indigeneity, and the Law, a special issue of South Atlantic Quarterly which won the award for the best special issue of an academic journal in 2011 given by the Council of Editors of Learned Journals and was acknowledged for "Outstanding Indigenous Scholarship" in the same year by the American Indian and Alaska Native Professors Association.

His most recent book is The Disinformation Age: The Collapse of Liberal Democracy in the United States (PaperBoat Press, 2019), which in its final chapter, “Thinking From A Different Place: What Is A Just Society?,” offers, beyond “the limits of capitalism’s imagination,” an Indigenous alternative to the way out of the current crisis of climate collapse and wealth inequality.  His current work focuses on the intersection of settler colonialism in Palestine and Native America, which includes an essay in the forthcoming Cambridge History of Native American Literature. He has written four books and published over forty articles in journals, books, and other media, including such titles as “The Force of Exceptionalist Narratives in the Israeli-Palestinian Conflict”; “Israel, Palestine, And the Poetics of Genocide”;  “Native American Literature and the UN Declaration on the Rights of Indigenous Peoples”; and “Reading Global Indigenous Resistance in Simon Ortiz’s Fight Back.”  He has appeared on radio and in film and can be seen in the forthcoming documentary The Story of Wealth. His scholarship is joined by his social action work both in Indian country and on behalf of Palestinian rights. 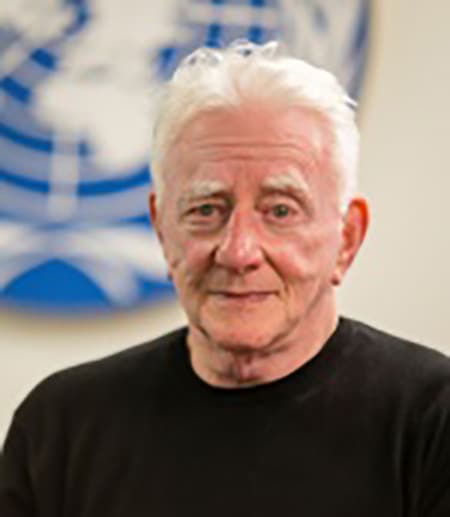