Elizabeth S. Anker is Associate Professor in the Department of English and Associate Member of the Law Faculty at Cornell University. She has published and taught in the areas of law and literature, human rights and humanitarianism, novel studies, literary criticism, postcolonial studies, immigration and citizenship, contemporary world literature, and legal and political theory.

Her first book, Fictions of Dignity: Embodying Human Rights in World Literature (Cornell UP 2012), examines the status of human dignity and bodily integrity in liberal human rights discourses and norms, through case studies involving contemporary novels that address the South African Truth and Reconciliation Commission, women’s freedoms in Egypt, and Indian constitutionalism. She recently published two co-edited collections. First, Critique and Postcritique (with Rita Felski) argues for the need to rethink the dominance of negative critique within literary and critical theory (Duke UP 2017). Second, New Directions in Law and Literature (with Bernadette Meyler) assesses recent developments in interdisciplinary scholarship on law and literature (Oxford UP 2017). Anker is currently completing two books of her own. On Paradox: Rights and the Claims of Theory studies the role of paradox in the broad tradition of criticism and theory, focusing on the histories of aesthetic theory as well as legal and philosophical debates about principles of rights. On Paradox argues that an investment in paradox represents one hallmark of theory as an intellectual formation. Our Constitutional Metaphors: Law, Culture, and the Management of Crisis conducts a comparative study of the dominant symbolism that both shapes and cultivates support for constitutional law and jurisprudence across a series of national contexts and in a range of different cultural forms (literature, architecture, film, and television). Anker has also written over twenty-five journal and book essays.

Anker holds a J.D. from the University of Chicago and a Ph.D. from the University of Virginia. Before pursuing her Ph.D., she practiced for two years in the banking and structured finance group of the Chicago and New York offices of Sidley Austin LLP. Before coming to Cornell, she was Assistant Professor at Wake Forest University. She has been a fellow at the Cornell Society for the Humanities and the Stanford Humanities Center. During the 2014-15 academic year, she was the primary organizer of a Mellon Sawyer Seminar Grant on “Political Will.” She is also founding Editor of the new book series Corpus Juris: The Humanities in Politics and Law (with Cornell University Press). 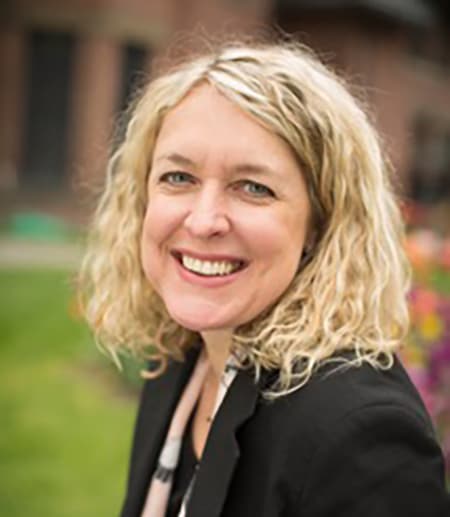