Claire Ménard obtained her PhD from Rutgers University and Paris 8 in September 2016. She is now a lecturer in French in the Department of Romance Studies. She received a Maîtrise in Anglophone Studies from the Université de Bourgogne in Dijon, France, in 2007. After spending a year as a French intern at Colgate University and a summer at the French school at Middlebury College, she decided to continue her academic career in the U.S. and obtained a M.A in French Literature from Miami University, Ohio, in 2009. She spent the following year as a Teaching Associate at Brown University before applying to the doctoral program at Rutgers, New Brunswick, NJ.

Her current research interests lie in 20th – 21st century literature and films, especially hypermodernism and theory. She also works on Senegalese and West African Films as well as French films dealing with issues of social classes, immigration and refugees. She is also very interested in second language acquisition and the use of technologies in the language classroom.

As a film specialist, she teaches the history of French and Francophone films, as well as film theory. She also coordinates French language courses, such as the Intermediate French course level (2090) and beginners' levels (1210 and 1220). 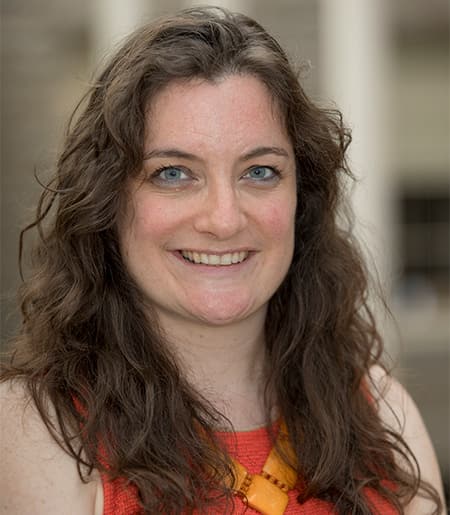