Our lab designs and builds unique experiments to probe the fundamental properties of quantum materials—systems that exhibit non-trivial quantum phenomena. Current research topics include searching for topological superconductors, exploring “Planckian” dissipation and the strange metal phase of high-Tc superconductors, probing electron and phonon interactions in the hydrodynamic limit, and developing new techniques to look for gapless excitations in quantum spin liquids. On the measurement side, we specialize in taking “traditional” techniques, like ultrasound and electrical and thermal transport, and making them smaller and faster using modern high-speed electronics and micro and nanofabrication techniques. This allows us to access physics in new regimes such as extremely high magnetic fields – up to 100 tesla.

Every quantum material is its own universe, with its own laws of physics and its own emergent properties. Our job is to figure out those laws and to tweak them to get the properties that we want. Superconductivity is a great example of this: electrons in space repel each other due to Coulomb’s law but in a metal, electrons can attract each other. This attraction leads to superconductivity and zero electrical resistance. If we can figure out why they attract each other, and how to make that attraction stronger, we could have a superconductivity that works at room temperature.

Our lab has a 20 tesla DC magnet system, a 35 tesla pulsed magnet system, and we use fields up to 100 tesla available at user facilities around the world. Below are just a few examples of the projects we are working on, and the techniques we currently use and are developing.

Field-induced phases, such as the fractional quantum Hall effect, have long driven both theoretical and experimental advances in condensed matter. We recently discovered that the Weyl semimetal TaAs enters a gapped state above 80 Tesla at low temperatures. This provides the first opportunity to study correlated electron physics embedded in the topological bandstructure of a Weyl semimetal. We have developed a unique method for measuring the sound velocity of a material in magnetic fields up to 100 tesla, and are using this technique to investigate whether this high-field phase breaks any symmetries, what those broken symmetries are, and to explore the dynamics of the phase transition.

The cuprate high-Tc superconductors are famous for their superconducting transition temperatures above 100 Kelvin, but are even more interesting from a fundamental physics standpoint because they can simultaneously exhibit superconductivity, magnetism, and charge order. This `intertwining’ of orders may be fundamental to the high-Tc superconductivity itself, and/or it may be a symptom of the strongly correlated metallic state out of which they evolve. We recently showed that these orders terminate near optimal doping in a quantum critical point [3], and that at least one of the broken symmetries—broken rotational symmetry—is fundamentally connected to the Fermi surface [2]. We are currently developing new methods for measuring Fermi surface geometry in extremely high magnetic fields, and will use this to determine how the Fermi surface evolves out of the `pseudogap’ phase—where many orders are intertwined—into the Fermi liquid side of the phase diagram where the physics is relatively well understood.

One of the great challenges in experimental condensed matter physics is finding the right `signature’ to identify and study a new phase of matter. For example, spin liquids have a perfectly well-defined theoretical meaning, but are largely identified experimentally by a lack of magnetic order. Identifying something by what it’s not is problematic. Similarly, many phase transitions can be discovered by measuring resistance, but identifying a new phase of matter—such as determining if it breaks a symmetry, and what that symmetry is—is generally more involved. Ultrasound—the measurement of a material’s elastic moduli (or equivalently, sound speeds)—is a relatively under-utilized probe that is particularly well suited for the study of phase transitions. Elastic moduli contain a great deal of information, with the potential to identify the symmetry of an order parameter, and to explore the dynamics of a phase transition through ultrasonic attenuation. Our lab has been at the cutting edge of developing resonant ultrasound spectroscopy (RUS)—a unique tool for measuring all elastic moduli in a single experiment [5,8]. We are preparing experiments that use RUS to determine the presence of spin-triplet superconductivity in certain unconventional superconductors, to explore spin-liquid physics in candidate materials, and other exciting experimental possibilities. 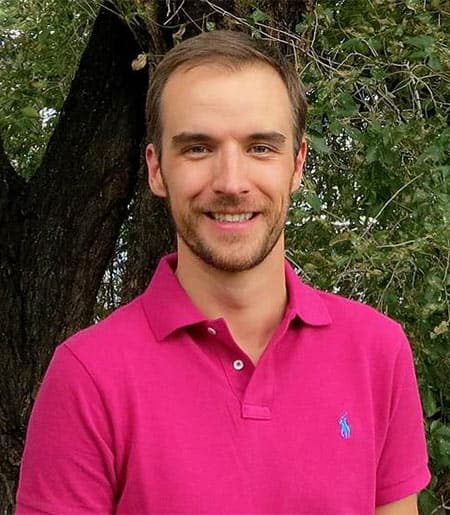