Begüm Adalet is Assistant Professor in the Department of Government. She is a political theorist with research and teaching interests in anticolonial thought, transnationalism, the Cold War, development, the built environment, US and the Middle East. Before coming to Cornell, she was Assistant Professor/Faculty Fellow at the Hagop Kevorkian Center for Near Eastern Studies at New York University and Instructor in the Politics Department at Ithaca College. She holds a PhD in Political Science from the University of Pennsylvania, an MA from the University of Massachusetts Amherst, and a BA from Swarthmore College.

Begüm Adalet is Assistant Professor in the Department of Government. She is a political theorist with research and teaching interests in anticolonial thought, transnationalism, the Cold War, development, the built environment, and the Middle East. She is the author of Hotels and Highways: The Construction of Modernization Theory in Cold War Turkey (Stanford). Her writings have also appeared in Political Theory; Comparative Studies in Society and History; Comparative Studies of South Asia, Africa and the Middle East; and Public Books.

Transnational Theories interrogates the material afterlives of slavery and colonialism by examining a network of mid-twentieth century itinerant authors, artists, and activists, whose politics and theories crystallized over the course of their Atlantic and Mediterranean crossings. This anticolonial and anti-capitalist network includes a mix of well-known and relatively neglected figures such as Claudia Jones, Lorraine Hansberry, Amy Ashwood Garvey, Eslanda Robeson, Paul Robeson, C. L. R. James, W. E. B. Du Bois, Shirley Graham, David Graham Du Bois, and James Baldwin. Each author gave an account of history carrying over into and writing itself onto the present. Together, they contemplated the afterlives of colonialism and racial capitalism not simply in terms of their invisible traces and ephemeral residues, but also through their inscriptions in architectures, infrastructures, and laboring bodies. Working across different genres, such as nonfictional essays, novels, and plays, each figure also envisioned alternative futures that would be situated and materialized in concrete and transnational practices. Rather than confined to a particular location or a set of neatly bounded concepts, their theories and praxes entailed movements and moments of exchange, collaboration, and intimacy, with their ideas evolving over the course of their engagement with each other, as well as with their engagement with the political and economic processes that they were writing about. Weaving together biography, history, and geography, this project challenges and presses beyond the interpretation of these authors as writing within domestic, nationalist or pan-Africanist contexts. In doing so, it examines transnational political theory as not an abstract concept possessed by any singular thinker but rather as a communal practice in circulation, migration, exile, imprisonment, and constant reproduction. 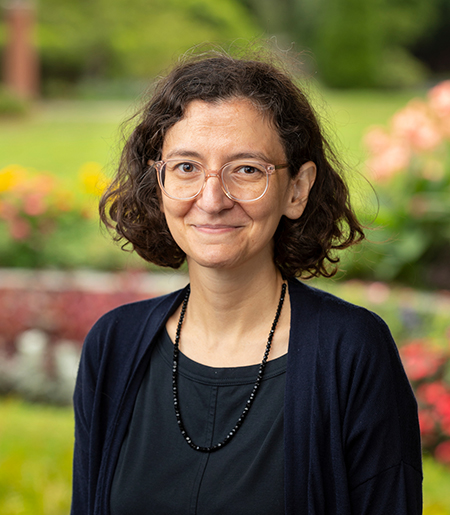 Government, Society for the Humanities
Top