Given Foundation Professor in the Humanities and University Organist

Annette Richards is Professor of Music and University Organist at Cornell, and the Executive Director of the Westfield Center for Historical Keyboard Studies. She is a performer and scholar with a specialty in 18th-century music and aesthetics, and interdisciplinary research into music, literature and visual culture. She is founding editor of Keyboard Perspectives, a yearbook dedicated to historical performance and keyboard culture, but her scholarly work extends far beyond the organ and its music. She is particularly interested in the music and music aesthetics of mid- to late-18th century Germany, and especially C. P. E. Bach. Her book The Free Fantasia and the Musical Picturesque (Cambridge, 2001) explores the intersections between musical fantasy and the landscape garden in late eighteenth- and early nineteenth-century music across German-speaking Europe and England.

She is editor of C. P. E Bach Studies (Cambridge, 2006) and rediscovered and reconstructed that composer’s extraordinary collection of musical portraits, published by the Packard Humanities Institute in 2012.  With David Yearsley she has edited the complete organ works of C. P. E. Bach for the C. P. E. Bach: Complete Works edition. Recent topics she has written on include portraiture and the invention of music history, Handel and charity, graveyard poetry and musical approaches to death in the later 18th century, and the glass harmonica and virgin warriors around 1800.

Prize-winner in international organ competitions at Dublin and Bruges, Annette Richards gives concerts frequently in North America and Europe. Among her CDs are the Complete Works of Melchior Schildt (on the Loft label) played on the historic organ at Roskilde Cathedral, Denmark; and her recording of music from the library of Princess Anna Amalia of Prussia, recorded on the new Schnitger-style organ at Cornell.

Educated at Oxford University, (BA, MA) Stanford University (PhD) and the Sweelinck Conservatorium Amsterdam (Performer’s Diploma, Uitvoerend Musicus), where she was a student of Jacques van Oortmerssen, her honors include fellowships at the Stanford Humanities Center, the Getty Center in Santa Monica and from the Andrew W. Mellon Foundation and the Alexander von Humboldt Foundation. In 2011 she celebrated the completion of an early 18th-century-style organ at Cornell, the culmination of an ambitious 10-year research and construction project she led in collaboration with colleagues at the University of Gothenburg, and in upstate New York.

At Cornell Prof. Richards teaches courses on eighteenth- and early nineteenth-century music aesthetics and criticism; intersections between music and visual culture; music and the uncanny; the undergraduate history survey; the organ, culture and technology; as well as organ performance. 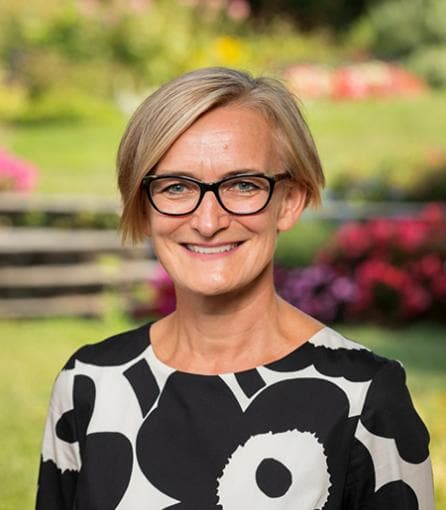