Andrew Willford is Professor of Anthropology at Cornell University. Willford's work characteristically explores psychological and phenomenological aspects of selfhood, identity, and subjectivity within a matrix of power and statecraft. His previous research has focused upon Tamil displacement, revivalism, and identity politics in Malaysia and India.  A recent book, Tamils and the Haunting of Justice: History and Recognition in Malaysia’s Plantations (University of Hawaii Press/Singapore University Press, 2014) examines how Tamil plantation communities face the uncertainties of retrenchment and relocation in Malaysia. His latest book, The Future of Bangalore’s Cosmopolitan Pasts: Civility and Difference in a Global City (University of Hawaii, 2018) examines the politics of language, religion, identity, and belonging in Bangalore, India,  over a 20 year period. His current research focuses upon mental health, psychiatry, neurology, and religious healing traditions in North America and India. In 2014-15, he was a Fulbright Senior Research Fellow at NIMHANS (the National Institute for Mental Health and Neuro Sciences) in Bangalore, where he conducted research on urban psychiatry in Bangalore, as well as faith healing traditions within indigenous communities located in the Nilgiris Biosphere Reserve.  Willford is a member of the core team of Cornell faculty teaching and researching within the Cornell-Keystone Nilgiris Field Learning Center in Tamil Nadu, India. Other recent books include: Cage of Freedom: Tamil Identity and the Ethnic Fetish in Malaysia (University of Michigan Press, 2006; Singapore University Press, 2007),  Spirited Politics: Religion and Public Life in Contemporary Southeast Asia, Andrew Willford and Kenneth George, eds. (Southeast Asia Program Publications, Cornell University, 2005), and Clio/Anthropos: Exploring the Boundaries between History and Anthropology, Andrew Willford and Eric Tagliacozzo, eds. (Stanford University Press, 2009).

My previous research focused upon various forms of Tamil and Hindu displacement, revivalism, and identity politics in Malaysia, as well as in Bangalore, India. Between 2003-2009, I conducted research upon Tamil plantation communities facing the uncertainties of retrenchment and relocation. This research subsequently led me to investigate manifestations of ethnic consciousness in squatter areas and low-cost housing schemes within the context of state-sponsored nationalist ideologies of development. The book, Tamils and the Haunting of Justice (U. of Hawaii, 2014) was the culmination of this research.  In Bangalore, I have examined the ways in which identity politics have impacted a sense of belonging among Tamil communities within the city and region over a period of over twenty years (1993-2015).  This research culminated in a recent book publication, entitled, The Future of Bangalore's Cosmopolitan Pasts: Civility and Difference in a Global City (U. of Hawaii, 2018)

In more recent times, I have embraced collaborative, engaged, and interdisciplinary research. This is seen most clearly in my current research project in the Nilgiris Biosphere Reserve. Here a multidisciplinary and collaborative project among a core team of Cornell faculty and local community members, partnered with a leading Indian NGO focused upon indigenous livelihoods, sustainability, and land rights, has created the Cornell-Keystone Nilgiris Field Learning Center. The development of the Cornell-Keystone Nilgiris Field Learning Center has been my primary research focus for the past three years. Directly related to this project, my current research in India on mental/neurological health and clinical care in urban and rural areas has recently been funded by both the Fulbright-Nehru Academic and Professional Excellence Fellowship as well as the AIIS Senior Fellowship. Prior to this, I had rediscovered a passion for, and drew upon my graduate school training in, psychological/medical anthropology as I conceived of a project comparing mental/neurological care in North America and India. This led to fieldwork shadowing physicians in upstate NY during 2010-2012, initially, and in 2014/15, in Bangalore, India, at the National Institute for Mental Health and Neuro Sciences.

Though these new projects mark somewhat new directions for me, personally, as a scholar and ethnographer, I continue to identify myself as a sociocultural and political anthropologist. Indeed, even my earlier work, pre-tenure, addressed questions of subjectivity, power, and culture; and the current projects continue to investigate how subjectivities are formed within cultural and historical categories and lexicons forged within material environments.

The Future of Bangalore's Cosmopolitan Pasts: Civility and Difference in a Global City.  (U. Hawaii Press, 2018)

Tamils and the Haunting of Justice: History and Recognition in Malaysia’s Plantations (U. Hawaii Press, 2014)

Cage of Freedom: Tamil Identity and the Ethnic Fetish in Malaysia. (University of Michigan Press, 2006

“Cosmopolitan Pasts and Monocultural Futures (?) of a Deccan Metropolis”,  in Perdue, Siu, and Tagliacozzo eds., Asia Inside Out.  (Harvard University Press, 2014)

“Every Indian is Burning Inside,” in The Abdulla Badawi Years: A retrospective.  Edited by Bridget Welsh.  Petaling Jaya: SIRD., 2013.

“The Letter of the Law and the Reckoning of Justice Among Tamils in Malaysia,” in Encountering Islam: The Politics of Religious Identities in Southeast Asia.  Yew-Foong Hui, ed. Singapore: Institute of Southeast Asian Studies, 2012.

‘“The Truest Belief is Compulsion”:  Othering and the Unconscious as an Object of Ethnographic Inquiry” (Review essay)  American Ethnologist, Vol 34 N4 (Nov. 2007)

“‘Weapons of the Meek’: Ecstatic Ritualism and Strategic Ecumenism among Tamil-Hindus in Malaysia’,” Identities 9(2)  (2002) 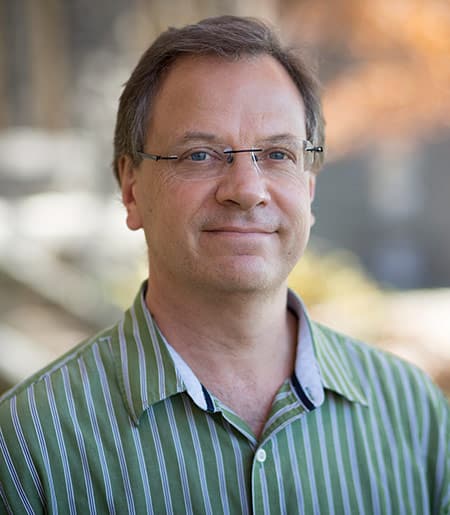