My research focuses on exploring the energy frontier in high energy physics using the CMS detector at the Large Hadron Collider (LHC) at CERN. Since the start of data taking in 2010 the LHC has recorded a large data sample that has allowed the discovery of the Higgs boson. In 2010-2011 I was based at CERN where I was CMS run coordinator. Before I joined CMS in 2005 I was involved with the CLEO-c experiment here at Wilson lab on the Cornell campus.

Even though the standard model is a self-consistent theory, allowing calculations up to very high energies, there are good reasons to believe that some new physics should be accessible at the weak energy scale probed by the LHC. Astronomical observations of galaxies and detailed studies of the cosmic microwave background tells us that about ¼ of the energy in the universe exists in the form of matter not made from any of the standard model particles, so called dark matter. The standard model also needs to be expanded to give neutrinos mass. On a more theoretical level the Higgs mass is fine tuned to a part in about 10-36. One popular extension to the standard model is supersymmetry. Supersymmetry provides a mechanism to protect the Higgs mass so that it is not fine-tuned. Supersymmetry also have candidate particles for the dark matter.

My research with the CMS detector has focused on the search for supersymmetric particles and studies of the Higgs boson. In particular, we have searched for the production of third generation squarks, the supersymmetric partners of the bottom and top quarks, and studies of Higgs production in association with top pairs. In addition to the searches for supersymmetric particles I'm also involved in studies and R&D for future upgrades of the CMS detector. I’m the U.S. CMS deputy upgrade project manager with responsibility for the NSF scope. The NSF plans to support the HL-LHC upgrades through an MREFC grant. We are preparing for the Preliminary Design Review in Dec. 2017. This will form the baseline for the detector upgrade. 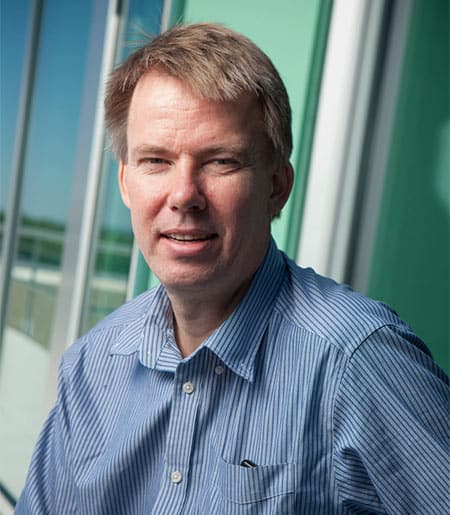