An interdisciplinary scholar, her work explores how race and gender both impact and are impacted by popular culture, social history and political life in the United States. Specifically, Rooks works on the cultural and racial implications of beauty, fashion and adornment. In addition, her work explores race, capitalism and education, as well as Black women and material culture.

The author of four books and numerous articles, essays and OpEd’s, Rooks has received funding from the Ford Foundation, the Mellon Foundation and the Woodrow Wilson Center to aid in her research. She lectures frequently at colleges and universities around the country and is a frequent contributor to popular outlets such as The New York Times, The Washington Post, The Chronicle of Higher Education, Time Magazine and NPR.

Rooks’ current book, in which she coined the term “segrenomics,” is Cutting School: Privatization, Segregation, and the End of Public Education which won an award for non-fiction from the Hurston/Wright Foundation. Her current research, for which she has received a Kaplan Fellowship and a fellowship from the Atkinson Center for a Sustainable Future, will explore relationships between capitalism, land, urban food politics and cannabis legalization in the United States.

I am currently working on a book project about the profit-driven connections between business interest in the education sector, and the necessity of high levels of racial and economic segregation for necessary for success. It argues that there is a cycle that appears with regularity in which powerful interests plunder, or come up with educational strategies that effectively funnel public education dollars earmarked for the poorest and neediest students to their various business concerns. That is followed by a period in which those same tax dollars are hoarded, or used primarily to educate students who are white and relatively privileged.  In both scenarios, the educational futures of children who are of color and also poor are most negatively impacted, tax dollars are squandered, and communities are weakened. There have only been a few moments when we have had the collective will, funding, and infrastructure all in place at the same time to successfully educate non-white children who are not wealthy. The book asks if we are in one of those moments now.

In addition, I am working on a project that explores the raced and classed implications of food justice, a construct that incorporates issues of food sustainability, access and dignity. Far too frequently we overlook the cultural and societal issues impacting food quality and access as well as the health and economic realities surrounding how Americans who are poor, Black, and/or Latino eat, shop, and cook for themselves and their children. However, healthy food and access to it is an issue of both equity and justice and the fact that so few working-class and poor people of color in cities and less urban areas do not have consistent access to it can negatively impact their health outcomes, economic realities and educational futures. 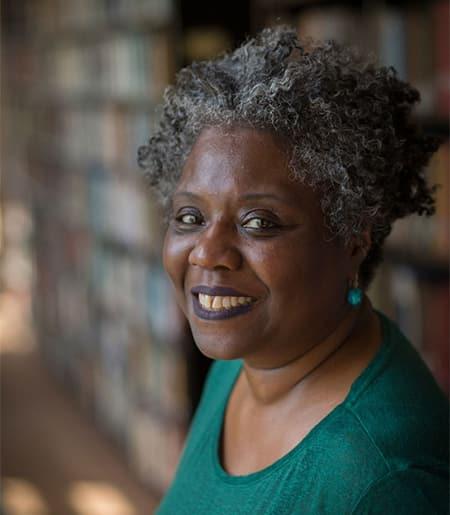