Godfrey L. Simmons, Jr. is a Senior Lecturer teaching Acting at Cornell's Department of Performing and Media Arts. He originally came to Cornell as an actor in Cornell's RPTA program from 2003-2005, where he performed opposite the late Yolanda King in A Raisin in the Sun and played Tom Joad in The Grapes of Wrath, among other shows. Godfrey is also Artistic Director of Civic Ensemble, an Ithaca-based theatre company that produces new and overlooked plays by or about women and people of color, re-imagined classics, and community-based plays.  Civic enjoys a close relationship with Cornell PMA that has resulted in co-productions in each of the last three years -- Eugene O’Neill’s All God’s Chillun Got Wings (which Godfrey directed), Kirsten Greenidge's Baltimore, and this season's Climates of Change (a Living Newspaper co-directed by Godfrey and Sarah K. Chalmers). Other plays produced by Civic include Judy Tate’s Slashes of Light, Athol Fugard's My Children! My Africa!, and the Community-Based Plays Safety, On The Corner, Parent Stories, and this year's The Class Divide.

From 2005-2009, Godfrey was a Producing Artist for Off-Broadway's Epic Theatre Ensemble, appearing in the world premiere of A More Perfect Union, Widowers' Houses (which Godfrey co-adapted with Ron Russell), Einstein's Gift, and Measure for Measure, among other plays.  With Brandt Adams '06, he also co-wrote and starred in a documentary play about the election of President Barack Obama, Dispatches From (A)mended America, produced by Epic in the fall of 2012. It will be published by NoPassport Press as part of an anthology called Epic Plays. Godfrey has performed Off-Broadway at theatres such as Primary Stages, Playwrights Horizons, New Georges, Ensemble Studio Theatre, The Working Theatre, and Melting Pot Theatre. Regionally, he has performed at Syracuse Stage, Round House Theatre, and People's Light and Theatre Company, among others.

Godfrey is a 2012 TCG/Fox Fellow. He also was a participant in the SPARK Leadership Program, funded by American Express, The Joyce Foundation and The Andrew W. Mellon Foundation and administered by Theatre Communications Group. He is a lifetime member of Ensemble Studio Theatre. 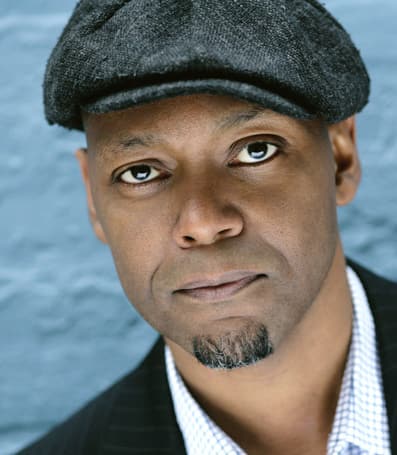