My research interests coalesce around two significant questions: How do people develop geographic and cultural identifications? How do geographic regions come into being? In particular, I am interested in the role circulation (of goods, people, news, and ideas) plays in the configuration of geographic spaces, collective identities, geopolitical projects, and political allegiances.

I explore these themes from a Latin American and Caribbean perspective, especially by looking out to the world from the Caribbean coast of Colombia. My first book, An Aqueous Territory, examines the configuration of a transimperial Greater Caribbean and its inhabitants’ geopolitical imagination through a study of the role of sailors in the creation of a regional space and the multiple ways in which less mobile (but by no means static) subjects, including autonomous indigenous groups, sugar planters, military adventurers, and nation makers, experienced the region sailors created.

My broader interests include the emergence of globalization during the early modern period, hemispheric connections and mobilities, the history of late colonial and early national Latin American countries (especially Colombia and its Caribbean region), indigenous-European encounters in the Caribbean Basin, the rise of capitalism, the development of plantation societies in the Caribbean, the flow of ideas, people, and commodities across the Atlantic Ocean, and the role of oceans in world history.

I am from Colombia and without a student visa I would not have been able to pursue doctoral studies nor become a professor at Cornell. I teach students to understand the process of creation of patriotic narratives and to identify the purposes behind those narratives, as well as the multiple perspectives these narratives seek to erase. I think international students are an important part of what makes U.S. universities and the U.S. great. 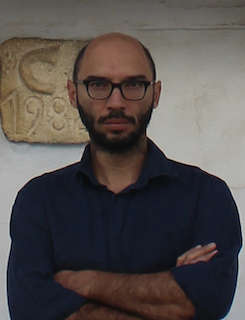