Damien Tissot is a senior lecturer in the Romance Studies Department and a faculty fellow at the Atkinson Center for a Sustainable Future at Cornell University. He received his Ph.D. in Gender Studies and Philosophy from Paris 8 University Vincennes – Saint-Denis. His dissertation, titled “Feminism and Universalism: Toward a Common Definition of Justice,” combines his interests in gender studies and philosophy. Through the lens of feminist theory and postcolonial critique, it provides a genealogy of the idea of universalism and explores the ways in which it has been used in feminist claims for justice.

His research interests include theories of care and ethics, theories of justice, Paul Ricoeur, feminist and postcolonial theory, ecofeminism, dialogues between American and French feminisms, transnational feminist alliances, and translation studies. He is currently preparing a book on the various uses of the notion of caring within ecofeminist theory. His work has appeared in Philosophy Today, Philosophy & Rhetoric, Multitudes, Les Ateliers de l’Ethique, and Etudes Ricoeuriennes/Ricoeur Studies. He is also the translator of Silvia Federici’s book Revolution at Point Zero : Housework, Reproduction, and Feminist Struggle, Common Notions/PM Press, Oakland, CA, 2012.

Damien has taught French as a Foreign Language as well as Francophone Literature and Culture in a wide variety of contexts around the world. He is particularly interested in the use of technology in the classroom, community engaged learning, and the use of philosophy and theory in teaching languages. He is also interested in graduate students’ and instructors’ training. 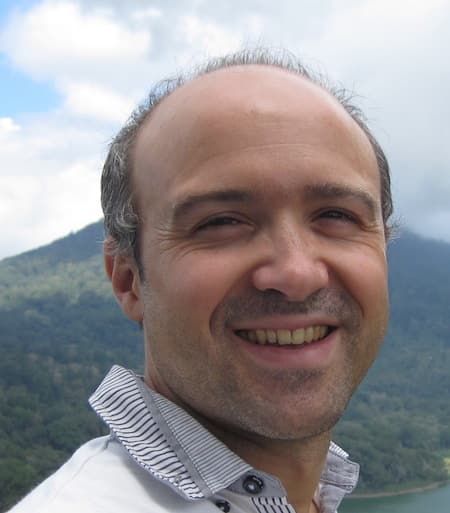